MobiPicker
News LG G4 official price for India confirmed as INR 51,500 ($800)
Share on Facebook
Tweet on Twitter
Deal Alert: 49% Off on ExpressVPN
Touted as #1 VPN in the world, ExpressVPN is now offering 49% off & an additional 3-months of service on its annual plans.

The latest flagship phone from LG – the LG G4 (H818N) is available for pre-order in the India and will be launched in the country on June 19. Up to now, we were not knowing the official price of the handset, but the company’s listing of LG G4 for India has confirmed the price as INR 51,500 (approx. $800). 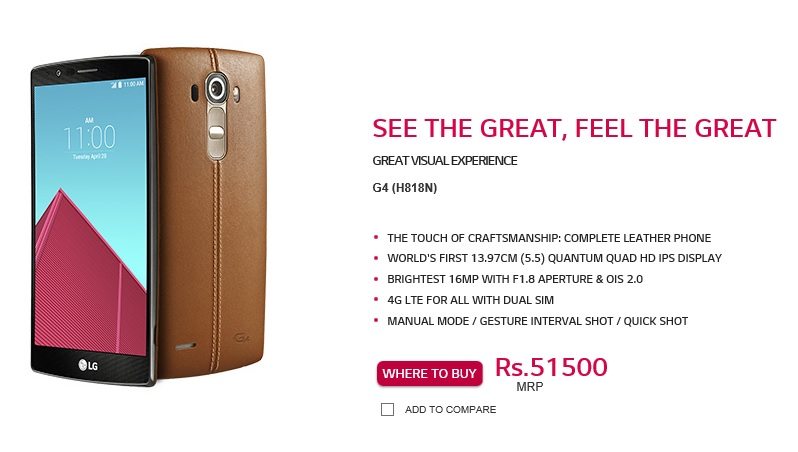 It is worth mentioning here that the online e-commerce site Infibeam is already selling the flagship phone for slightly lower tag of INR 50,000 ($780).