After launching the LG G Stylo through its MVNO subsidiary Boost Mobile, the Sprint has started the sale of handset in the US. The interested customers could get the handset for a $0 down payment with 24 months pay of $12 or a standard two-year contract at $49.99. Those are not interested in agreement formalities and could manage the lump-sum amount, the G Stylo is priced at $288. 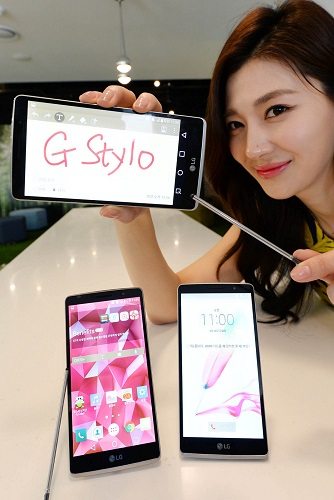 In terms of design, the LG G Stylo is pretty similar to company’s flagship phone – LG G4. Specs-wise, the LG G Stylo is equipped with a  5.7 inch IPS display with a resolution of 1280 x 720 pixels. It packs 1GB of RAM, an 8GB  of native storage, and a 3,000mAh battery. The handset is powered by a quad-core 1.2GHz processor with Snapdragon 410 chipset, and runs Android 5.0 Lollipop.

In the camera department, the LG G Stylo has an 8 megapixel primary snapper, and a 5 megapixel selfie shooter. The new smartphone includes, 4G LTE/3G HSPA+, Wi-Fi  b/g/n, Bluetooth 4.1 A2DP, GPS with A-GPS, and microUSB 2.0 for the connectivity options.

The LG G Stylo is available in only black colour choice.

Stay tuned at MobiPicker and get all latest news, compare mobile phones and much more.