LG introduced a new upgraded LG G Pad II 8.0 tablet in the South Korea. The primary look through its specs sheet shows modest upgrades over its predecessor, but we discovered some intriguing new features, once we dig deeper. The G Pad II 8.0 carries the same 8″ 1280 x 800 pixels IPS screen as its forerunner, shielded by a bit of Gorilla Glass 3. 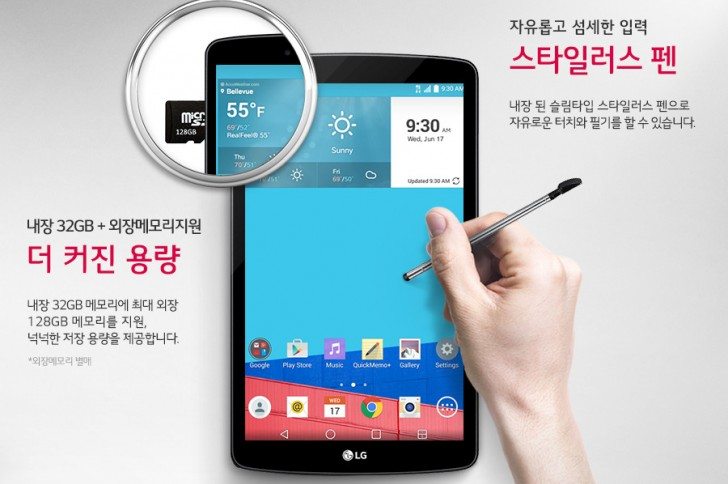 It’s powered from the exact same old Snapdragon 400 chipset using a quad-core 1.2GHz Cortex A7 CPU and Adreno 305 GPU, but features 50% more RAM this time – 1.5GB. The internal storage of the newest G Pad II 8.0 is also doubled at 32GB and there is microSD growth up to 128GB. The tablet also comes with GSM/3G/LTE as well as an embedded narrow capacitive stylus.

Living with a 4,200mAh battery, the G Pad II offers a 5MP primary snapper along with a 2MP selfie camera. Full-sized USB 2.0 port is one of the notable feature, which can manage outside keyboards, and flash drives etc. No adapters needed.

LG G Pad II 8.0 will reach the shelves in South Korea very shortly. There’s no word on a worldwide launch, but there’s an opportunity that sequel does it also, since its forerunner went world-wide.