This game is NOT like Dark Souls. Saying that puts people in the wrong mindset. As every death in this game is avoidable and rarely feels cheap. Except the Jackals but they are like an end game boss fight in themselves. If anything this game has more in common with the Dead Rising series. Low durability weapons, craftable items you save more for tough situations and boss fights. A heavy reliance on consumables found around the map and enemies. Even the weakest ones are a legitimate threat if underestimated. Even the boss fights feel more like Psycho battles then anything Dark Souls related.

Let it Die is not a Dark Souls clone

Stealth is an option. In fact, we encourage it as the stealth attack (suplexing your unaware enemy or hurricanrana, if from an elevated position) does a LOT of damage. And can one hit kill most enemies and even Haters. Best of all, it doesn’t drain any durability. Also dodging is a beginners trap. Well-timed blocks instantly parry your opponent and stun them for a brief moment. And even if you mess up the timing, blocking reduces damage. Dodging works best only to dodge projectiles and explosives.

If you play this game, for the love of God do not play it like Dark Souls. Your fighter’s lives are valuable so don’t waste them on charging in blindly. Let it Die is better than watch dogs 2, the last guardian or final fantasy XV. Unlike those three, it is a well-made game. It’s original in many aspects. It’s free if you want and most important, its fun. 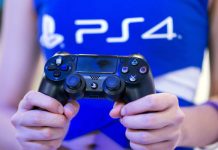 PlayStation Plus April 2017 Update: Another PS4 Free Game Available Ahead of PS Plus Reveal