World leaders and celebrities have acknowledged that climate change is real and it’s happening. The United Nations has urged developing and developed nations across the world to take steps to combat global warming. Climate change has begun to make its presence felt in ways more than one. But somehow, US President-elect Donald Trump isn’t really concerned about climate change. In fact, he has vowed to revive the coal industry. Air pollution from coal-fired power plants includes sulfur dioxide, nitrogen oxides, particulate matter and heavy metals leading to smog, acid rain, toxins in the environment. Not to mention the fact that Coal-fired power plants are responsible for one-third of America’s CO2 emissions, making it a huge contributor for global warming. And yet, we see someone of the stature of US President making efforts to revive the very industry responsible for global warming!

Recently, DiCaprio’s new environmental documentary titled “Before the Flood” aired on National Geographic. DiCaprio is one of Ivanka Trump’s (Donald Trump’s daughter) friends. Ivanka Trump believes in climate change and is even including it in her agenda for change. DiCaprio had a business meeting with Ivanka and gave her a DVD of his climate change documentary – Before The Flood. And it looks like DiCaprio has succeeded in enlightening Ivanka about the consequences of climate change. 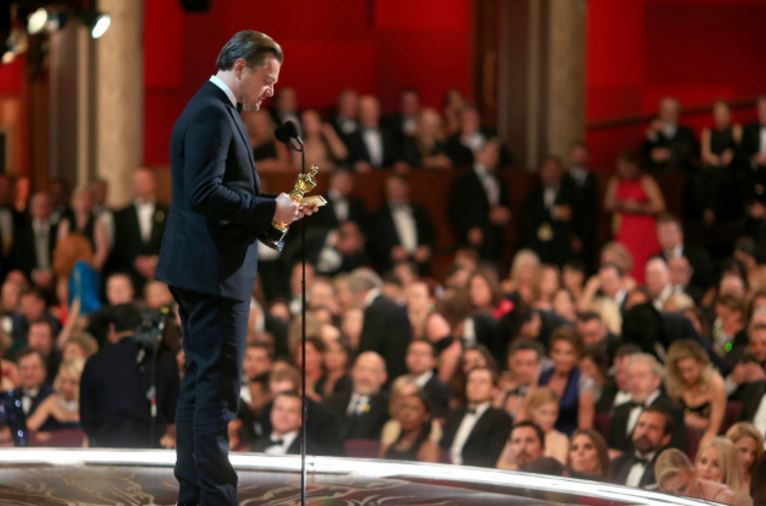 “Climate change is the single greatest threat to a sustainable future but, at the same time, addressing the climate challenge presents a golden opportunity to promote prosperity, security and a brighter future for all” says Ban Ki-Moon, Secretary General, United Nations. Before The Flood intends to throw light on this greatest threat. The documentary shows DiCaprio travelling around the globe to witness first hand the devastating effects of climate change and what can be done to solve the climate crisis. The documentary also attempts to provide many solutions that can be implemented today, preventing the impact of climate change and unlocking a cleaning energy revolution. It’s great to see DiCaprio helping to create awareness about climate change. He has always been concerned about the consequences of global warming. In fact, he even concluded his famous Oscar acceptance speech with his thoughts on climate change –

Climate change is real, it is happening right now. It is the most urgent threat facing our entire species, and we need to work collectively together and stop procrastinating. We need to support leaders around the world who do not speak for the big polluters, but who speak for all of humanity, for the indigenous people of the world, for the billions and billions of underprivileged people out there who would be most affected by this. For our children’s children, and for those people out there whose voices have been drowned out by the politics of greed. I thank you all for this amazing award tonight. Let us not take this planet for granted. I do not take tonight for granted. Thank you so very much