The last rumors we heard about the ZUK Z2 suggested that the phone would be launching with an Exynos 8890 processor. Well, that’s not correct, as Lenovo’s ZUK arm has officially revealed that the Z2 will instead carry a Snapdragon processor. The company posted a launch poster on Weibo, mentioning the launch date as 31st May. 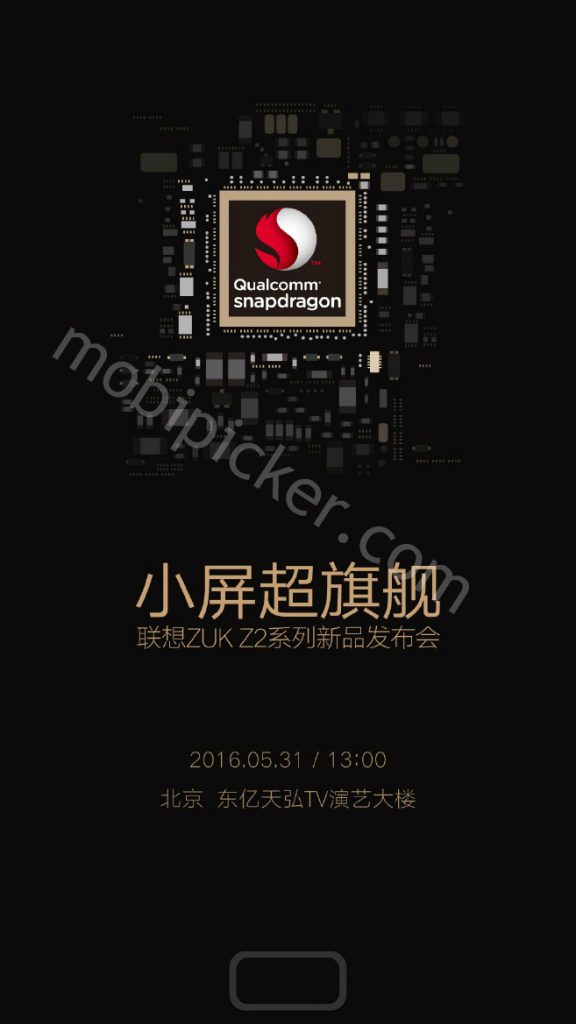 It is being said that the ZUK Z2 will come with a 4.7-inch Full HD screen, 3GB RAM, and 32GB internal storage. It is expected to flaunt a large 4100mAh battery and might get a 2.5D arc glass design. It may get a 13MP rear and an 8MP front camera, and there might be a fingerprint sensor on the back with smart gestures.