Lenovo has tasted great success with its Vibe X series, and the company has now launched the third instalment of the series. The long-awaited Lenovo Vibe X3 has been officially unveiled now, and it looks like Lenovo already has a winner in its hands.

The major highlights of the new Vibe X3 are the front-firing stereo speakers, separate speaker amplifiers, Hi-Fi 3.0, three mics for noise cancellation, dedicated ESS Sabre ES9018K2M or Wolfson8281 DAC, and more. This alone is enough to tell us that the Lenovo Vibe X3 is a music-centric phone and boasts of mind-blowing audio performance. 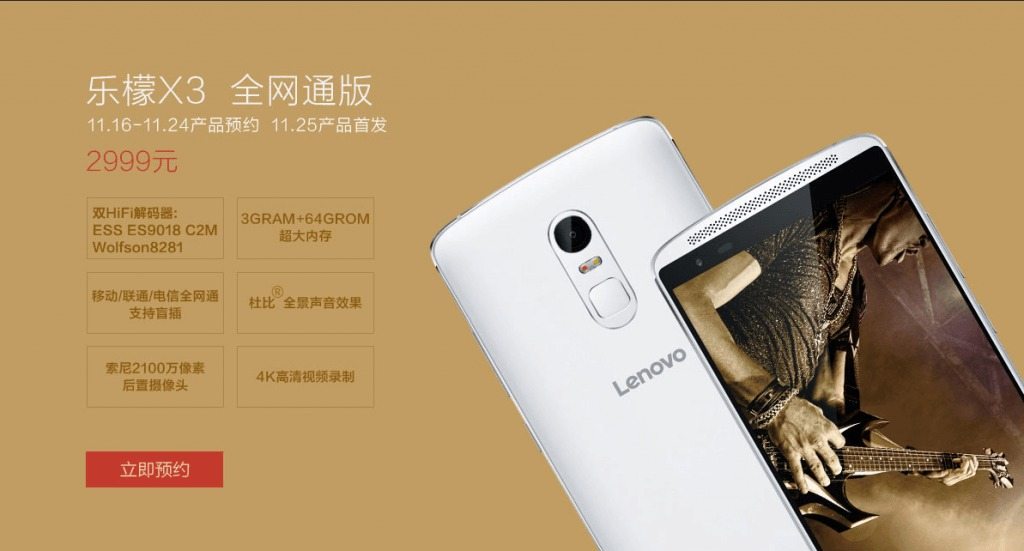 The Vibe X3 features a 5.5-inch Full HD display, Snapdragon 808 (for 32GB, 64GB variants)/octa-core MediaTek processor (for 16GB version), 16/32/64 GB of internal expandable storage, and 2/3 GB of RAM. The phone carries 13MP/21MP rear Sony camera with dual-tone dual LED flash and phase detection AF, while there’s a 5MP/8MP camera at the front. There’s a fingerprint sensor at the rear, and under the cover is a 3600/3400mAh battery.