Remember the Lenovo Vibe X3 (Lemon X) that we reported a few days ago? The Motorola-designed phone by Lenovo has now been showcased at the 2015 China Telecommunications Exhibition. 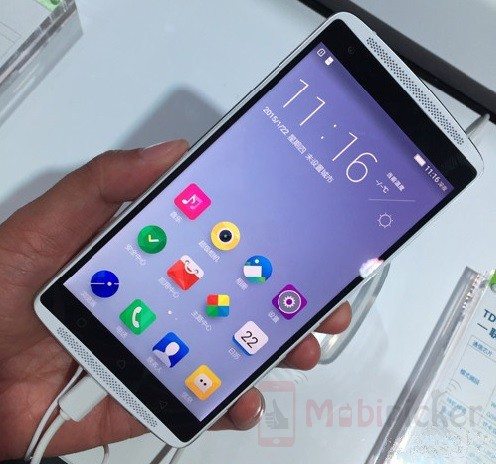 As we had told you earlier, the Lenovo Vibe X3 showcases some design philosophies seen only in Motorola phones. But this does not come as a surprise, as Motorola Mobility is now under Lenovo‘s wings and the Vibe X3 is being designed by the Motorola designers. The new leaked pictures show that the Lenovo Vibe X3 has got a panel at the back which houses the camera, flash, and the fingerprint sensor. This is similar to the design seen in Moto X Play. The phone is also seen sporting a symmetrical dual speaker assembly with Dolby Atmos, which provides phenomenal sound. 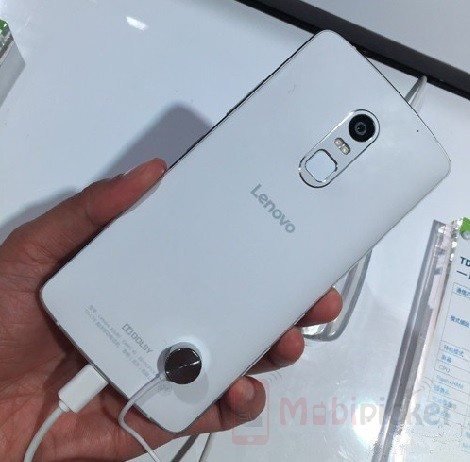 The Lenovo Vibe X3 has a 5.5-inch 1080p display with ultra-narrow bezels, and a white matte plastic back. The rear camera is a whopping 21MP unit with LED flash, while the front camera is a good 8MP unit. There is a fingerprint recognition sensor beneath the rear camera. The phone gets 3GB RAM and 64GB internal storage. Under the hood is the Snapdragon 808 six-core CPU from Qualcomm, with two 1.8GHz cores and four 1.2GHz cores. Powering the phone is a 3500mAh battery and the device runs Android 5.1 out of the box. Lenovo Vibe X3 gets dual SIM dual standby and is expected to be released soon.

Thanks for the pictures, Li Jun.