Further details get leaked about the Lenovo Vibe X3, as the device was already certified by China’s regulatory agency TEENA. According to the agency, the handset is powered by Qualcomm’s hexa-core Snapdragon 808 chipset and Adreno 418 GPU. Even though previously it was rumored that the phone will have a 5-inch display, now it seems that it has a 5.5-inch screen. 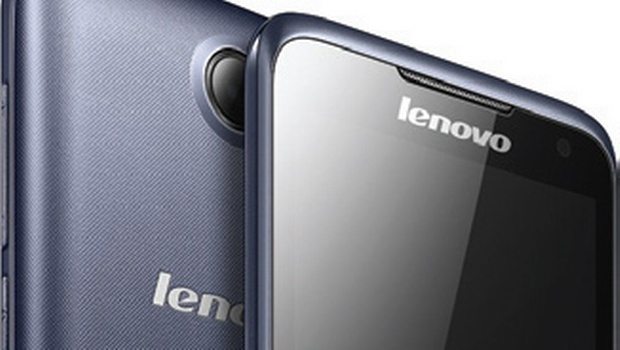 Just after it was found out that this device sports Snapdragon 808, Geekbench tested Lenovo Vibe X3. The phone scored in the single-core test 863 points, meanwhile the multi-core result was 3167 points. According to PhoneArena, the Meizu Pro 5 (which will be unveiled this week) scored in Geekbench 1550 points in single core and 5593 in multi-core test with its Exynos 7420 chipset, we can come to the conclusion that Lenovo Vibe X3 is a mid-range smartphone.

The hexa-core CPU of Lenovo Vibe X3 has a speed clocked at 1.4GHz, 3GB of RAM and comes out of the box with Android Lollipop 5.1.1 installed.

The picture below shows further details regarding the Geekbench test of Lenovo Vibe X3: 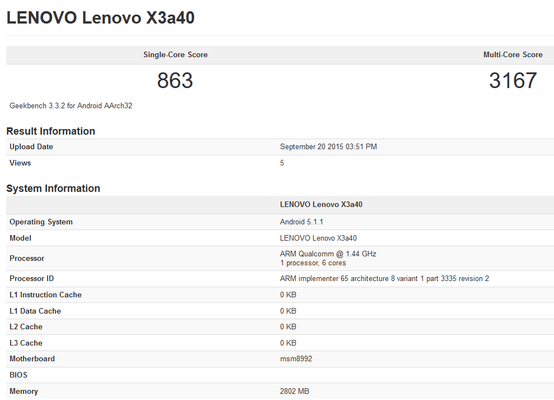 Do you think Lenovo Vibe X3 will be able to face the strong competition of other mid-range smartphones, especially in the Chinese market?