As expected, Lenovo India has launched two new smartphones in the Indian marketplace, the Lenovo Vibe P1 and the Vibe P1m. Both the smartphones are exclusive to Flipkart and will be available for Rs. 15,999 and Rs. 7,999 respectively. Registrations for the first flash sale schedule on October 28th, are now up on the retailer’s website. 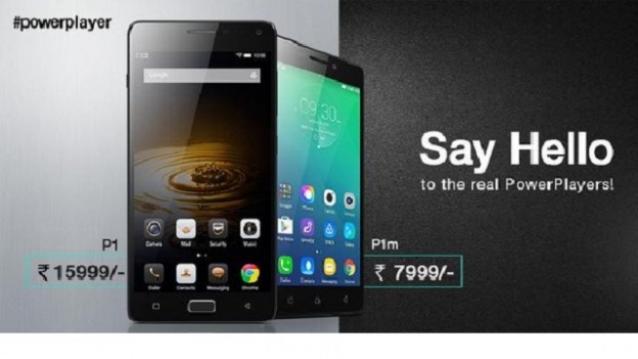 Both the new smartphones, the Vibe P1 and  P1m, are running on Android 5.1 Lollipop and are mainly focused on the battery life, featuring a 5,000mAh and 4000mAh respectively. Both of the smartphones come with a hardware toggle on the left side of phone to switch to power saving mode.

On the other hand, the Lenovo Vibe P1m is the lite model of Vibe P1. It packs a smaller 5-inch HD (720p) screen, with quad-core MediaTek MT6735 CPU. 2GB RAM is inside along with 16GB expandable memory.