Lenovo launched its latest budget smartphone Vibe K5 Plus in India for INR 8499. The device will be pitted against rivals like the Xiaomi Redmi Note Prime and the Coolpad Note 3 who have been dominating this price segment for some time now.

The Vibe K5 Plus sports an FHD 5-inch scratch-resistant IPS display and is powered by the octa-core Qualcomm Snapdragon 616 chipset which has four Cortex-A53 cores clocked at 1.7GHz and another four Cortex-A53 cores clocked at 1.2GHz along with Adreno 405 GPU and 2GB of RAM. The device has an inbuilt storage of 16 GB which can be further expanded up to 128GB via microSD. 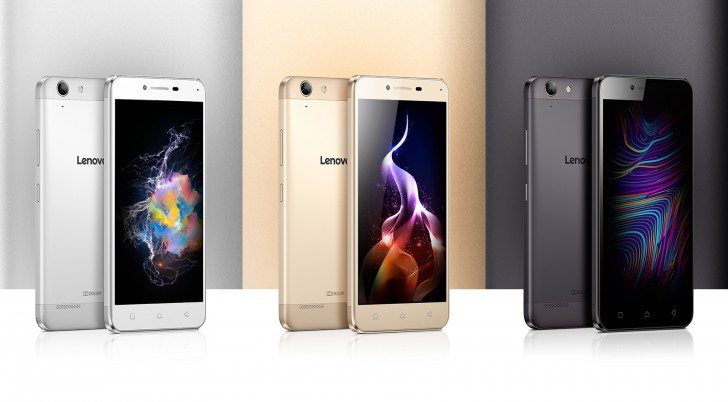 The Vibe K5 Plus has dual-SIM functionality and both the SIMs support 4G. The phone also supports Wi-Fi 802.11ac, A-GPS, Bluetooth 4.1, and FM Radio among other connectivity options.

On the camera front, the device has a 13MP OmniVision OV13850 rear sensor with f/2.2 aperture and five element lens. On the front, there is a 5MP sensor with aperture f/2.8.

The Vibe K5 Plus packs a 2750mAh user-removable battery and runs on Android 5.1 out-of-the-box. Among other interesting features, there is support for Lenovo’s TheaterMax which allows users to split the screen content to give a more immersive experience while viewing through the ANT VR headset. It has dual stereo speakers at the rear and also supports Dolby Atmos, but since the speakers aren’t positioned distant from each other, hence there shouldn’t be much stereo separation.

The device will come in silver, gold and grey with an aluminium casing on the back variants. It will be exclusively available through Flipkart starting March 23, 2016, at 12 noon IST. There is also an exchange offer for existing A6000 Plus and A6000 users during the first sale of the Vibe K5 Plus.