MobiPicker
News Lenovo Vibe K5 and Vibe K5 Plus: Great Specs At Low Price
Share on Facebook
Tweet on Twitter
Deal Alert: 49% Off on ExpressVPN
Touted as #1 VPN in the world, ExpressVPN is now offering 49% off & an additional 3-months of service on its annual plans.

Lenovo unveiled two of its brand new mid-range smartphones, Vibe K5 and Vibe K5 Plus here at the MWC 2016. Even though the biggies like Galaxy S7 and LG G5 were stealing all the thunder at the centre-stage, these two devices didn’t go unnoticed completely amid all the roar and commotion.

The Vibe K5 has a 5-inch 720p display and is powered by a Qualcomm Snapdragon 415 along with 2 GB of LPDDR3 RAM and 16 GB of internal storage which can further be expanded through a microSD card slot. It also packs a removable battery of 2,750 mAh. 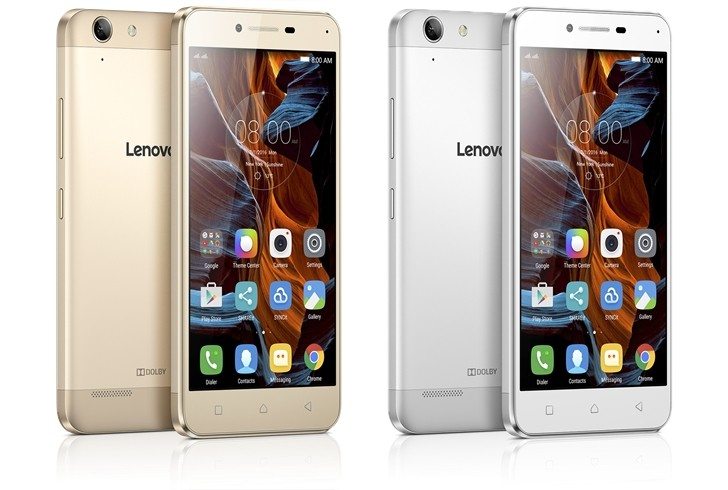 The Vibe K5 Plus has almost similar specs with the only difference that it has a 1080p display and is powered by a Qualcomm Snapdragon 616 chipset. The rest of the spec-sheet is identical.

Both these devices sport a 13 MP primary shooter and a 5 MP front-facing camera. These devices are 4G LTE-enabled and support dual-SIM functionality. The devices run on Android 5.1 Lollipop out-of-the-box and have other cool features like Dolby Atmos for great audio quality.

At a pocket-friendly price tag of $129 and $149 respectively, the Vibe K5 and Vibe K5 Plus seems to be a very decent option. The specs offered are also very solid and over the time, Lenovo has proved itself to be a very reliable brand. The availability date is still unknown but we hope huge sale from these devices as soon as they hit stores.

Do let us know what you think about these new devices and stay tuned for more news and updates. Adios.