MobiPicker
News Lenovo Phab Plus Now Available in India at Rs. 18,490
Share on Facebook
Tweet on Twitter
Deal Alert: 49% Off on ExpressVPN
Touted as #1 VPN in the world, ExpressVPN is now offering 49% off & an additional 3-months of service on its annual plans.

The prodigious Lenovo Phab Plus smartphone which was launched in August is now available for sale in India. This comes as a great piece of news for all Lenovo followers in the country.

The gigantic device which features a big 6.8 inch screen has done frisk business in China and Malaysia. Lenovo now plans to expand its market in the Indian sub-continent, where Amazon is selling the Gunmetal Platinum color variant priced at INR 18,490 ($283). 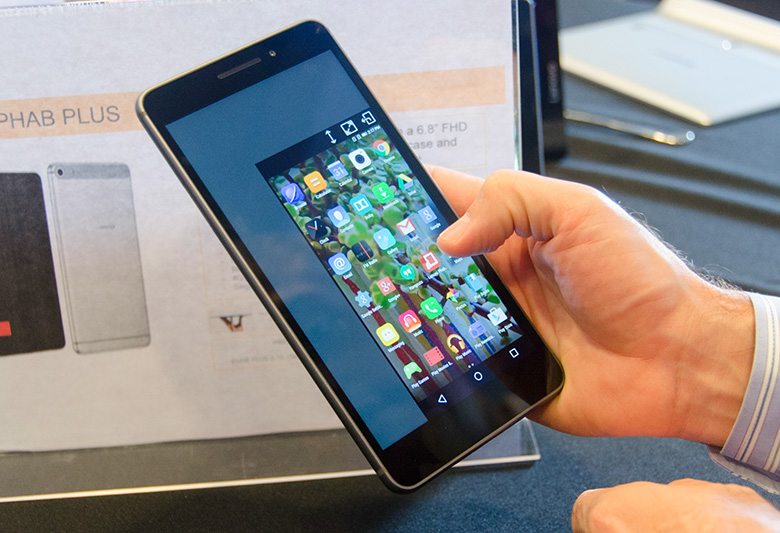 As we delve into the specifications, we find that the gadget is powered by a Snapdragon 615 chipset with an octa-core (quad-core 1.5 GHz Cortex-A53 and quad-core 1.0GHz Cortex-A53) CPU and Adreno 405 GPU. The processor should be real fast and good for playing games.

The RAM stays at 2GB with 32GB expandable internal memory. The battery would last a good time at 3,500 mAh. There is also a support for Quick Charge 2.0 for faster charging times.

For photo capturing, the rear camera is of 13-megapixels and a decent 5-megapixels shooter sits at the front. For video recording purposes, [email protected] support is available. On the network and connectivity front, it offers a dual-sim support and also includes 3G, 4G, GPS/A-GPS, Bluetooth, Wi-Fi and micro-USB. The device runs the latest Android Lollipop 5.0 operating system.

All those excited to buy this exciting gadget can login to the Amazon India site, buy and get a feel of the device.