Ahead of the launch of Lenovo Vibe P1 and the Vibe P1m in India tomorrow, the company launched three smartphones in the country today, namely Lenovo A1000, A6000 Shot, and the Lenovo K3 Note Music. The K3 Note Music is mainly identical to the already-available-for-purchase Lenovo K3 Note. According to the company, the upgraded version comes with better ceramic speakers on the rear and is the first smartphone to come with AnyWoofer technology. 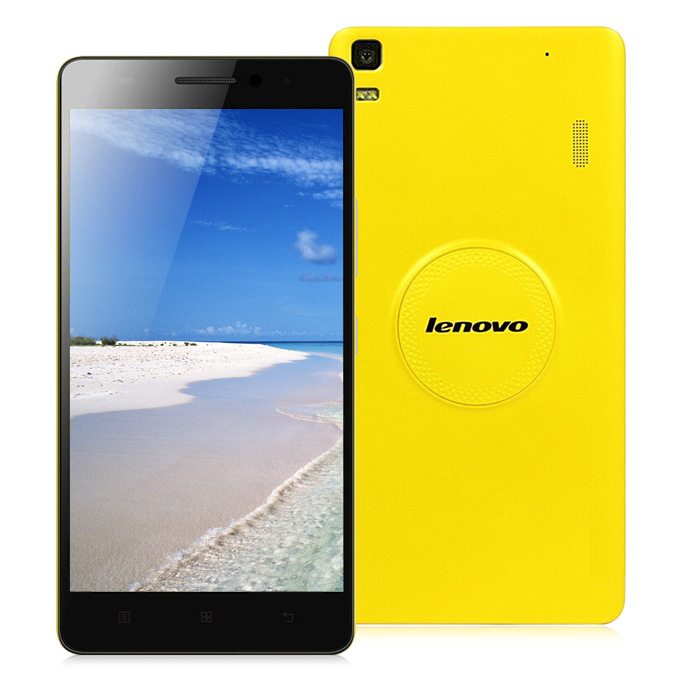 Specs-wise, the K3 Note Music is built around a 5.5-inch Full HD display with 400 nits brightness. 2GB RAM is inside along with 16GB built-in storage, which can be further expanded up to 32GB via microSD card. Android 5.0 Lollipop comes pre-installed, and a 3000mAh battery powers the smartphone.

The phone features a 13-megapixel primary snapper with dual-tone LED flash and a 5-megapixel selfie camera. Starting next week, the Lenovo K3 Note can be purchased for Rs. 12,999. The color options available are Pearl White, Laser Yellow, and Onyx Black.

For those who are not aware, the Lenovo A1000 comes at Rs. 4,999 and the Lenovo A6000 Shot is priced at Rs. 9,999. Both these smartphones will also hit the market shelves next week along with the K3 Note Music Edition.

So which Lenovo phone is your next smartphone?