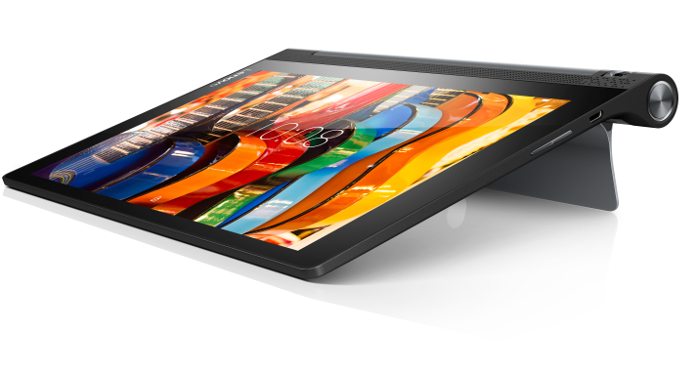 The Lenovo YOGA Tab 3 8″ and Tab 3 10″ have a single 8 MP camera, which is positioned at a rotatable module that allows it to act as a rear as well as a front-facing shooter. Another remarkable feature is the Lenovo AnyPen Technology that enables the user to use any metal or other conductive object as a stylus. 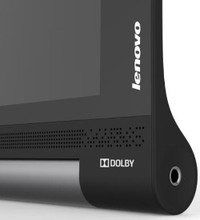 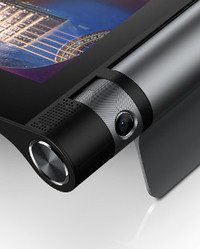 Both the tablets come with the Android 5.1 Lollipop pre-installed and runs on a 6,200 mAh battery. The Lenovo YOGA Tab 3 8″, as the name suggests, has an 8-inch IPS display with a 800 x 1280 resolution, translating to a pixel density of ~189 PPI. It also has a 1.3 GHz, quad-core Qualcomm processor coupled with a 1 GB RAM and 16 GB of internal storage. Moreover, a microSD card slot allows you to expand the storage up to 128 GB.