MobiPicker
News Camera Leica Sofort Instant Camera With 60mm Lens Launched
Share on Facebook
Tweet on Twitter
Deal Alert: 49% Off on ExpressVPN
Touted as #1 VPN in the world, ExpressVPN is now offering 49% off & an additional 3-months of service on its annual plans.

Leica is one of the most respected brands in the photography world for their quality products. The company has also collaborated with multiple brands on various cameras. In recent years, it even partnered with Huawei on the P9 and P9 Plus smartphones. Now, the Leica has announced a new instant camera, called Sofort.

The unexpected launch of Leica Sofort instant camera has taken everyone by surprise. This is Leica’s first instant camera. Leica is the latest to join Kodak and Fuji, in efforts to bring the film back as a novelty item for hipster generation. The new camera aims ti capture the nostalgic fun of instant photography.

The beautiful looking camera sports a simple and sophisticated design. It comes with an optical viewfinder and a Xenon flash. The Leica Sofort is available in three different color options – White, Mint, and Orange.

While you can easily spot the Leica sensibilities in the camera design, the Sofort is a very different from the other cameras in the company’s line-up. The new instant camera sports a 60mm fixed focal length (34mm equivalent) lens. It has an aperture of f/12.7. While photographing, you can choose from different modes such as Automatic, Selfie, People & Party, Action & Sport, Bulb, Macro, Self-Timer, and Double Exposure. However, if you choose, you can take control of the focusing distance, flash and exposure compensation.

The Leica Sofort Instant Camera is priced at US$ 300 (approx. Rs 20,000). Leica is offering two film options with the instant camera. You can choose from Colour films in 10 or 20 exposure packs and Black & White film in 10 exposure packs. The color pack will likely cost approx. $14, while black & white film should cost about $17 for 10 photos. The new instant camera also accepts Fujifilm Instax mini film, which gives you a third option. The shipping starts in November. 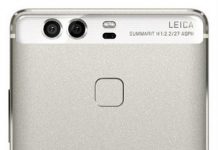