The Legend of Zelda: Breath of the Wild reportedly won’t launch alongside Nintendo Switch in March 2017. It’s like Nintendo has no idea how to be a functioning company anymore.

Localization is taking longer than expected, but after that, the game is going through months of testing to make sure it’s a quality product. That’s what Nintendo is known for, after all, and we certainly don’t want them to change when it comes to that. This game is bigger than Skyrim and they want it to be as bug-free as possible. We’ll take the delay if it means we won’t fall through the floor during a boss fight.

However, this needs to be a launch game, as does the new Mario. Thank god for the apparently low price point, but they need a solid launch lineup or they’ll have another Wii U on their hands. Nintendo sure has a lot of catching up to do with the consumer demand out there. The fact is people want so many of their games, but Nintendo isn’t stepping up to deliver everything the fans want.

The fact that Nintendo is not selling a lot of Switches at launch and this game will not be available for it when it’s released probably means another underwhelming start to another console. We hope it turns out better especially with a better virtual console to play classic games. But come on Nintendo! Another broken promise to fans? We’re not holding our breath to find out what happens anymore.

On the other hand, they haven’t announced enough about the console to get excited about it. But it seems like leading up to it, there’s less and less to look forward to. If The Legend of Zelda Breath of the Wild is delayed again it will be a real blow to the Switch, that is definitely sure. 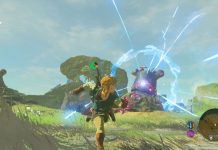 The Legend of Zelda: Breath of the Wild: How Will the Wii U Version Stack Up to the NX One?