If Legend Of Zelda Breath Of The Wild does get pushed back till the end of 2017, Nintendo will shoot themselves in the foot. Plenty of time for someone else to take the features we already know about. And put it in their own game. Not to mention the people that will be highly annoyed for the release being so late. We are still tipping it will be at launch based on Nintendo’s current advertising.

We totally agree with Nintendo being huge after the Nintendo Switch launch. We are getting the same feeling as we did coming up to the launch of the Wii. And finally getting Twilight Princess. There is that same feeling of anticipation and wonder. The Wii U was surrounded in confusion.

After the sales of NES mini, we are sure Nintendo will do the same for SNES. We also think it will have Mario All-Stars, Starfox, and A Link to the Past on the system.

We really hope the prediction of Legend Of Zelda Breath Of The Wild getting pushed back to holiday 2017 doesn’t come true. We have already been waiting all generation for this game. And there is no way that Nintendo is going to release a Wii U game. After an entire year of the system being dead. Also, it doesn’t make any sense to spend all E3 and the months following the Switch’s release hyping up Zelda. And then just to say “sorry guys, it’s going to be another nine months”.

We can see it getting pushed back to summer 2017 at the latest. We can understand Nintendo taking their time on this project because it is the most ambitious Zelda game since Ocarina of Time. But this was announced in 2013, slated to release in 2015, pushed back to 2016, and pushed back again to sometime in 2017. It is rumored to be close, but not exactly, to launch. And it’s going to hurt to have games like a new Mario for the Switch release on launch day but the game that has taken an entire generation miss launch. 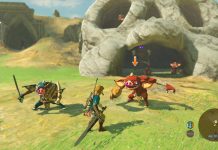 Zelda: Breath of the Wild Cheats | How to Get Infinite Arrows, Unlimited Stamina and Rupees 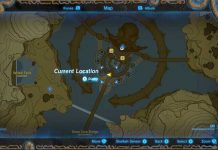 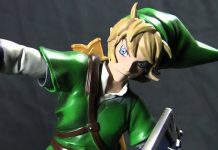