MobiPicker
News Culture Legend Of The Blue Sea Catapults Stars Lee Min-Ho, Jun Ji-Hyun To...
Share on Facebook
Tweet on Twitter
Deal Alert: 49% Off on ExpressVPN
Touted as #1 VPN in the world, ExpressVPN is now offering 49% off & an additional 3-months of service on its annual plans.

The Legend of the Blue Sea has helped stars Lee Min-Ho and Jun Ji-Hyun to reach the top spots in brand reputation charts. The Legend of the Blue Sea is a South Korean television series that started airing on SBS every Wednesday and Thursday since November this year. The series is inspired by a classic Joseon legend from Korea’s first collection of historical tales. The collection of tales is about a fisherman who captures and releases a mermaid. The drama tells the love story between the son of Joseon noble family named Kim Dam-ryeong, played by Lee Min-ho and a mermaid named Se-hwa, played by Jun Ji-hyun. 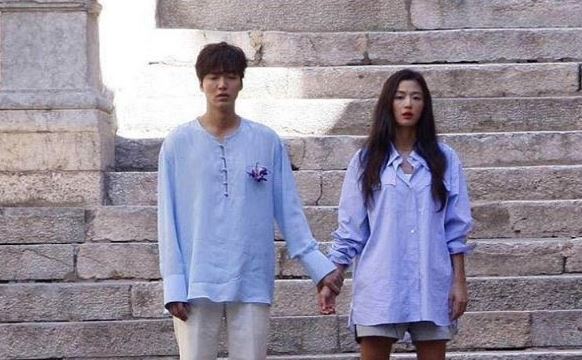 The stars of the television series were recognized by the Korean Business Research Institute as celebs with a very high brand reputation for the month of December. Looks like the TV series has become an instant hit with the audience. Both the lead stars have been receiving admiration from fans for their stellar performance. The Korean business Research Institute data is based on 33,196,577 pieces of data from November 15th to December 16th. Jun takes the top spot with a total brand reputation score of 9,570,099, a whopping 61% increase from November rankings. Lee comes second, with 5,467,926. Among the top five were Han Suk Kyu, Lee Soo-Kyung and Yoo Yeon Seok.

Legend of the Blue Sea Slammed By Critics

In spite of the massive popularity, the Legend of the Blue Sea has been slammed by several critics over alleged plagiarism. The television series was accused of stealing the storyline from Park, a Korean script writer. Park claims that many of the scenes in the TV series bear striking resemblance to her work “The Legend of Hae Wol Sea: Pearly Shells.” Although Park demanded an apology from the series’ writer Park Ji-Eun, she later clarified that she doesn’t term it “plagiarism” in the true sense of the word.