China’s LeEco is all set to unveil its flagship smartphone LeEco Le Pro 3 on Sept. 21. One of the recent teasers LeEco Le Pro 3 show a massive battery falling from sky. It indicates that the smartphone will be packed with huge battery and its leaked specs suggest that it will faster performance.

According to the leaked images the device will come in two versions. One will have 5.5-inch screen with 2.5D curved glass protection. It will support full HD resolution of 1080 x 1920 pixels. The LeEco Le Pro 3 is likely to be among the first smartphones that will run Qualcomm’s Snapdragon 821 processor.

The LeEco Le Pro 3 will come with 6 GB of RAM. It will have native storage of 64 GB. The smartphone will have 16-megapixel rear camera and 8-megapixel front camera for snapping selfies. It is rumored to come with a 4,070 mAh battery.

The higher-end variant of the Le Pro 3 will come with 5.7-inch Quad HD screen. It will have 8 GB of RAM and internal storage of 256GB. The device will feature 13-megapixel dual rear camera and 16-megapixel front camera.

It will come packed with 5,000 mAh battery. The smartphone is likely to include other connectivity features like 4G LTE, Wi-Fi 802.11ac, VoLTE and Bluetooth.The battery of both variants are expected to carry support for fast charging.

The Le Pro 3 will be a premium flagship that is rumored to arrive with a full metal body. The fingerprint scanner will be located on the back underneath the camera. 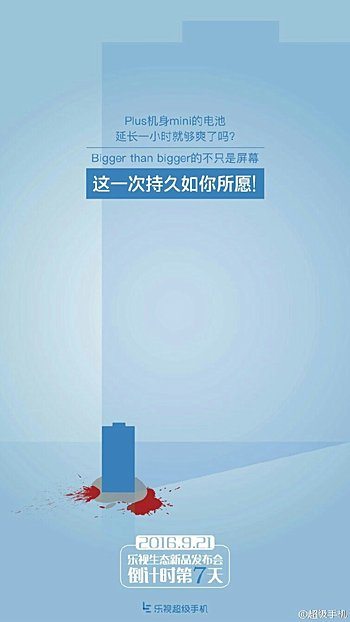