MobiPicker
News LeEco Le Max Goes on Sale in India, Prices Start at INR...
Share on Facebook
Tweet on Twitter
Deal Alert: 49% Off on ExpressVPN
Touted as #1 VPN in the world, ExpressVPN is now offering 49% off & an additional 3-months of service on its annual plans.

LeEco, previously known as LeTV, is the newest popular entrant in the smartphone market in India. The company has already launched the LeEco Le 1s that has been selling in amazing numbers via flash sales. And today the company has launched its flagship, the LeEco Le Max (earlier called the LeTV Le Max), in India. 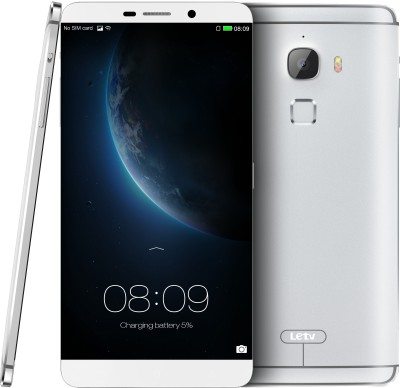 The 64GB variant of the Le Max has been priced at INR 32,999 and comes in a Silver shade, while the Gold version costs INR 36,999 and features 128GB of internal storage. The LeEco Le Max can now be bought from Flipkart, and unlike the flash sales for the Le 1s, the Le Max is available to all directly in an open sale. And there are some exchange offers and discounts too!

As for the specifications, the LeEco Le Max sports a 6.33-inch 2K display with Gorilla Glass 3 protection and 464ppi pixel density. Powered by a 2GHz 64-bit octa-core Snapdragon 810 processor, the phablet flaunts 4GB of RAM and 64GB/128GB of internal memory. It comes with a 21MP rear camera with OIS, PDAF, and dual-tone dual-LED flash, and there’s a 4MP UltraPixel camera at the front.

The Le Max is juiced by a 3400mAh battery and comes with connectivity options like USB Type-C port, 4G LTE, Wi-Fi, dual-SIM slots, GPS, etc. It runs Android 5.1 Lollipop out of the box with EUI over it.

Are you going to buy the LeEco Le Max?