LeEco (previously known as LeTV) has climbed up the ladder of popularity rather quickly in the smartphone market, and the company deserves it. May it be the budget beast LeEco Le 1s or the top-of-the-line Le Max Pro, the company has launched one of the most beautiful looking phones with amazingly power specs under the hood. The Le 1s has been a massive hit and is selling in great numbers, and we wouldn’t be surprised if the company is already working on the LeEco Le 2. 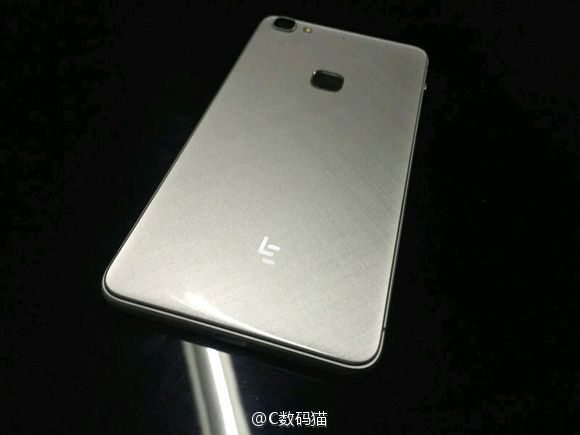 As the latest report has it, LeEco is indeed working on the Le 2, and we have got some leaked images of the phone along with some of its specs. As you can see in the images below, the front of the phone confirms that it’s a LeEco phone, thanks to that bezel-less design. The back of the phone is something new; the camera module and fingerprint sensor are now square in share rather than circular as in the Le 1s. There’s the new LeEco logo at the back, which looks to be metal, but might even be some other material by the appearance in the images.

The overall design is different than the Le 1s. You can also see the dual speakers at the bottom, and between them sits the Type-C USB port. There’s the volume button and the lock/power button on the right as usual. Now coming to the specs, it is being said that the phone will get two variants, powered by Helio X20 and Snapdragon 820 respectively. The phone might get 4GB of RAM and a great 21MP rear camera.

Nothing else is known about the phone right now, but we are sure more leaks are on their way. Stay tuned and we’ll bring more news about the LeEco Le 2 soon.