MobiPicker
News LeEco Le 1s and Le 1s Eco Get Android Marshmallow Update in...
Share on Facebook
Tweet on Twitter
Deal Alert: 49% Off on ExpressVPN
Touted as #1 VPN in the world, ExpressVPN is now offering 49% off & an additional 3-months of service on its annual plans.

LeEco has rolled out the Android Marshmallow update for its Le 1s and Le 1s Eco smartphones in India. The company made the announcement via its official forum and its official Twitter handle. The new update is called Eco 5.8.017S. 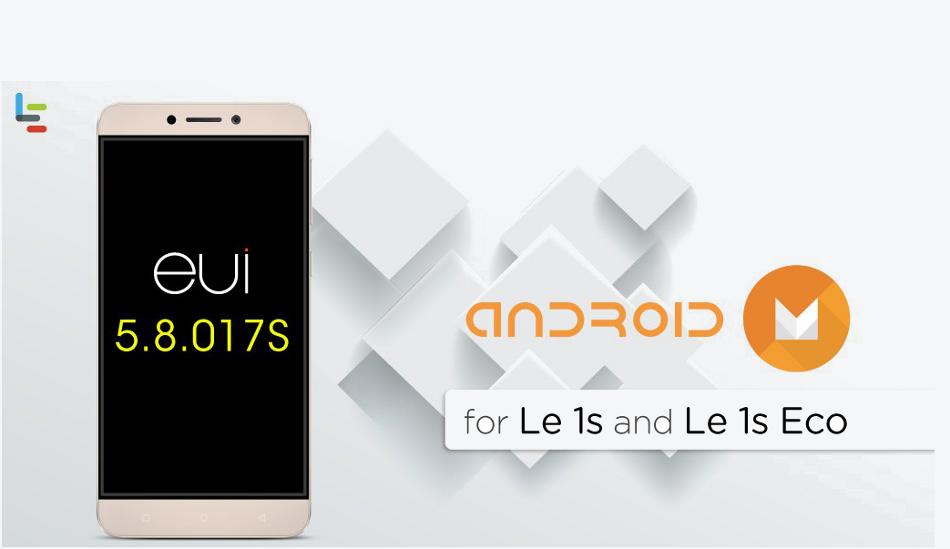 Users can upgrade to the Eco 5.8.017S in few easy steps. You just have to download the zip file (1.3GB) from the LeEco forum and follow instructions from Offline Update Step-by-Step Tutorial.

The LeEco Le 1s sports a metal uni-body design and comes with a 5.5-inch full-HD IPS display. There is also a mirror finished fingerprint sensor on the back. It is powered by a Mediatek Helio X10 Turbo 2.2GHz octa-core processor along with 3GB of RAM and 32GB internal storage. The dual-SIM smartphone sports a 13-megapixel rear auto-focus camera with LED flash and a 5-megapixel front camera. Other features include a reversible USB Type-C with fast-charging SpeedVolt technology. The LeEco Le 1s is backed by a 3000 mAh battery.

The Le 1s Eco is available at a price of INR 9,999. However, the Le 1s has been discontinued in the country. You might still find some refurbished Le 1s smartphones online.