As you can recall that the “Bendgate Saga” gained enormous popularity during the early introduction of the iPhone 6 plus. About two early users complained that the smartphone was bending to an abnormal shape, and the popular YouTube channel Unbox Therapy later showed that one could really fold the device by exerting a small force if the person actually wanted to do so. Though this remark actually forced Apple to step in and defend its costly asset, the outcome did not bring much significant improvement, and since this earlier complain gradually faded, little has been said of iPhones bending improperly. In April this year, it was reported that Apple could be considering to strengthen its future phones with stronger aluminum alloys. According to a new clip still from the Unbox Therapy, it appears that the upcoming smartphones will have tougher materials. 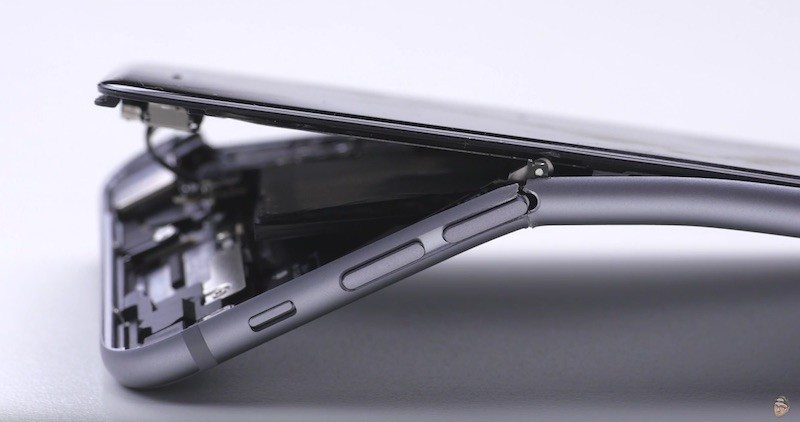 Checking the leaked backplate of what viewers see to be the iPhone 6s, the design shows that better design improvements have been made. When we compare the shell to that of an iPhone 6, some weak parts on the present model’s frame appear to have been fixed. The area around the volume buttons perhaps twice thicker on the iPhone 6s, and it is very much likely that the 6s plus will do the same.

Interestingly, the iPhone 6s shell weighs a little less than its older versions. It is said that the smartphone will be slightly thicker than the present model, but if the Unbox Therapy video is proven to be valid, then the device could also weigh less. The phone is expected to unveil on September 9th, according to a recent report.

Watch the video below and drop us your take in the comment section: