The official announcement date for Samsung Galaxy S6 Edge+ and Note 5 is getting closer, coupled with its tones of leaks, key specs, and actual design shots. However, the only things pending are the release date and price tag, and we now have an idea of both. Samsung may release the bigger size version of the S6 edge a week later after the 13th on pre-order, and the price value for the European market was tripped to kick off from EUR 799.99 for the 32 GB model. That price has been through Romanian e-tailer that has featured the smartphone in its ordering database, together with the device’s complete specs. 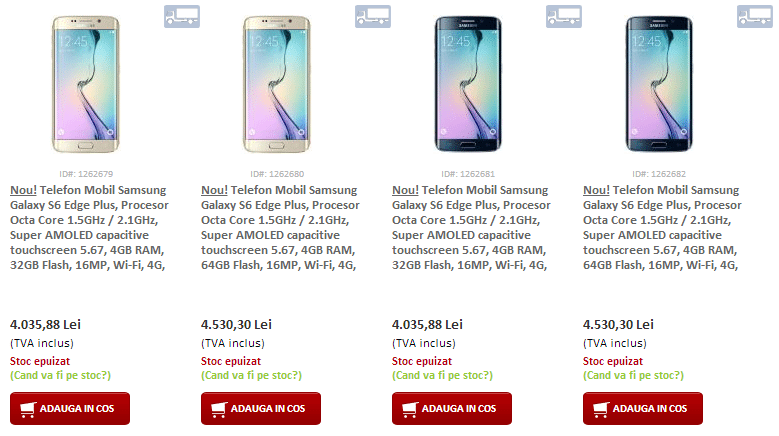 The Samsung’s latest dual-edged phablet will supposedly cost about $1012 for the 32 GB, and a little more for the 64 GB variant. In terms of specifications, the handset certainly looks similar to the Note 5 sheet: a 5.67 Super AMOLED Quad HD display, covered with Corning Gorilla Glass 4 in curved edges, an octa-core Exynos 7420 chipset with Mali-T760MP8 graphics, and a surprisingly 4 GB of RAM. The rear camera is fitted with a 16 MP module, while the front shooter is shown as 5 MP. The only slight difference is the 3000 mAh battery, meanwhile the Note 5 is said to be larger, though we will get to know better when we see the official specifications.

Till the time, you can check out other sections such as Mobile Phone Specifications and Compare Mobile Phones on MobiPicker.