League of Legends has become more than a game, it’s an E-sport and it has already arrived with its 6th season. This season just like every season previously brings a lot of new things to all the players and fans around the world. Without further redo let’s get right into the biggest changes of the 6th major patch… League of Legends Season 6. 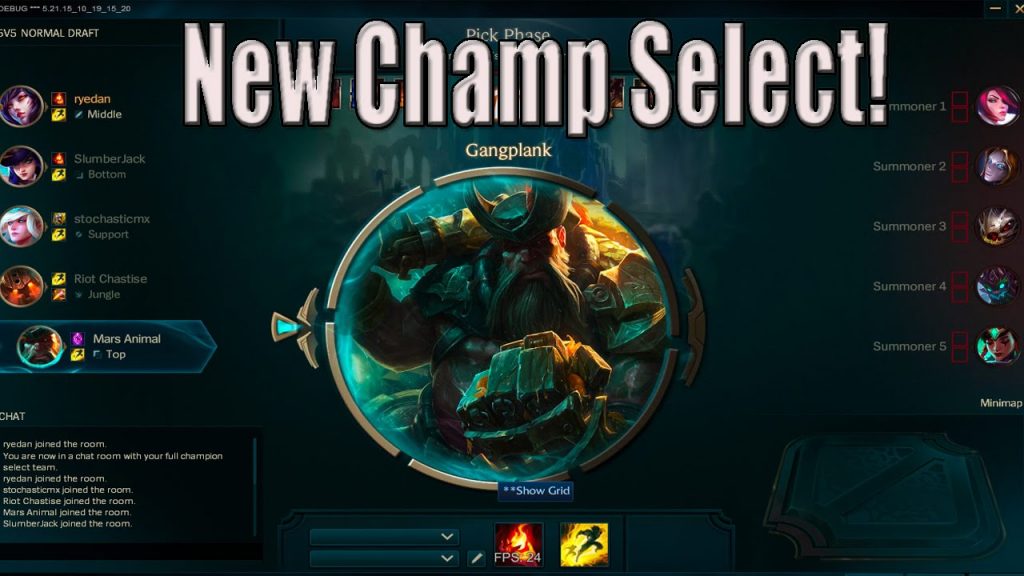 The biggest and foremost best change to the game is the new Draft Mode, it allows players to pick their role and look for a ranked game. This will hopefully create a more enjoyable experience for all players and a lot less trolling during serious matches. We here at MobiPicker love this new feature, but there is more. The bottom three players are allowed to ban champions. This feature can go both ways, either players will communicate and make the best bans possible or the trolling will get worse. Let’s pray for the first since we’re all trying to become the best player out there!

Another cool addition to the game’s social side is the “out of game” chat that can be downloaded for mobile devices. Adding to that soon there will be clubs! Players will be able to join different clubs and communicate with each other like a group chat on facebook. These features will be slowly introduced into the game.

More on the coming soon list: The brand new “Hextech Crafting Systems” will allow players to unlock champions and skins by being rewarded during a match. It’s still a fuzzy thing but we will hopefully hear more about that soon. This new feature will draw in a lot of new players as you are no longer required to play the game 24/7 to unlock champions and pay that hard earned pocket money to unlock your favourite skins. What a blessing!

The League of Legends Season 6 patch rolls out a brand new champion named Khada Jhin. He is a Psychotic Assasin that uses love and music to disturb the map. Khada Jhin is a mid-laner and can be played in the jungle. However, it’s not an easy champion to play. Your attacks must be planned and executed carefully in order to truly dominate. For more information on this new champion take a look here.

Overall we think that the League of Legends Season 6 patch will change the LoL experience significantly and in a good way. We’ve seen this amazing MOBA game evolve into something great and new content is being added every month. It feels like Riot is starting to listen more and more to what their players want while keeping the changes reasonable. They’re also doing a good job at releasing new features at the right time. This makes new content much easier to swallow and is keeping the player base high.