Out for only a few weeks, Jhin is the newest champion in League of Legends, and he comes absolutely loaded with gadgets and guns. It’s about time we dissect him and figure out what makes him tick. 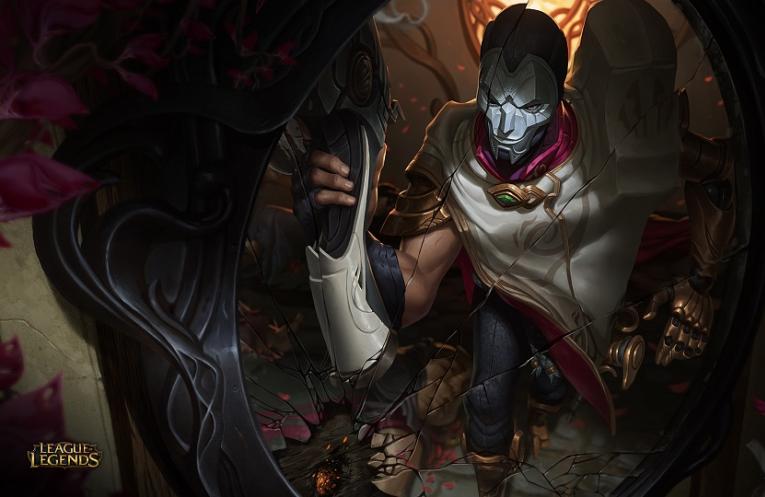 Jhin has an ammo system, and has to reload after every fourth shot, his final shot being a critical hit. After a critical strike, he also gets a movement speed and attack damage buff. To compensate, his critical strike only does 150% damage, compared to the default 200%.

Jhin’s first ability, the Dancing Grenade, lets him throw a grenade at the target, bouncing up to three additional times. Use this to clear out waves, especially by having the grenade kill on a bounce, which causes 35% extra damage on the next one.

Jhin has a lot of passive abilities: if the enemy gets hit by an attack or takes allied damage, the enemy becomes marked for a few seconds. If they get hit by Deadly Flourish, they will get rooted for two seconds. There’s also the Captive Audience ability, which litters the map with flower traps that are invisible to the enemy team.

In Curtain Call, Jhin makes 4 long range shots that slow the enemy down, with the last one doing extra damage. This is a pretty serious business ability by the looks of it, causing heavy damage and featuring the longest range of non-global abilities. Unfortunately, it’s also easily interruptible.

Jhin’s low attack speed and mobility make it difficult for him to work in the bot lane. This champion is a bit less than optimal, so here’s hoping Riot brings bug fixes and buffs to make him a stronger champion.

Finally, he looks pretty good, you have to admit.