League of Legends has a new Champion Update, and this time it seems that Taric, The Shield of Valoran (apparently that’s what he’s called now) is the star of the show. A new comic, The Ascent has been released, which involves Taric climbing Mount Targon and avoiding the ghosts of doubt and naysayers pulling him down. When asked by a cloaked Targonian why he doesn’t run away, Taric’s answer is “never again.” And so, Taric has been… reborn! Dun dun dunnn. 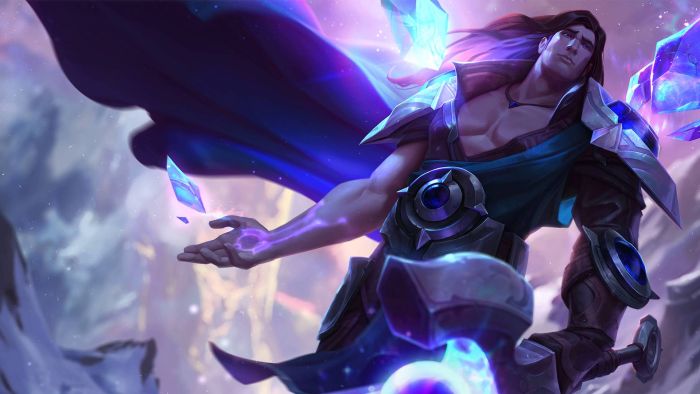 Last week, a Facebook video had Taric’s ring fall into the snow and hints that Taric’s hammer will soon be retired alongside the Heart of Gold. It turned out to be true, as Taric now has a glaive with a gemstone in it. How fancy. The biggest reveal here, of course, was found in the source code of the webcomic:Taric’s splash art, seen above. It’s absolutely fabulous and thankfully not stereotypically grim-dark.