The time for slow teasing is over and Riot Games has properly unveiled the newest champion to join the League of Legends roster: Taliyah, the Stoneweaver. We guessed she was some kind of Earth Mage, but admittedly, Stoneweaver sounds a lot cooler than that. As her champion page puts it, she’s a control mage weaving the very ground beneath her to her will. She’s an earthbender, really. 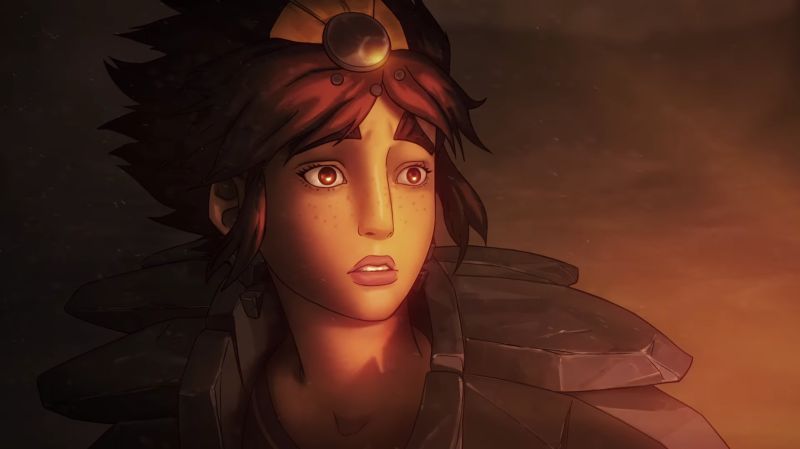 Taliyah’s unique passive ability is called Rock Surfing, and it allows her to move much faster when moving near walls. Her Q ability, Threaded Volley, “rips up the ground around her, firing a volley of five stone shards in a target direction while moving freely.” What’s more, Taliyah can move faster over this worked ground passively, but further uses of Threaded Volley over worked ground will only yield one stone shard.

Her W ability is Seismic Shove, in which a target is first marked, the ground beneath which then erupts and explodes, damaging everyone in the area of effect. Tbe E ability, Unraveled Earth, involves scattering boulders onto the ground in front of Taliyah. Any opponents dashing through the fractured earth take damage, and a few seconds later, the rocks in the field erupt, dealing another wave of damage.

Finally, her R ability, Weaver’s Wall, is to summon a massive wall tearing through the Rift in one direction. Taliyah can even ride atop the wall as it emerges, but this will be cancelled if a move command is input, or if Taliyah takes damage.

Let us know what you think of League of Legends’ newest champion in the comments below.