MobiPicker
News Lava Pixel V1 Gets Android 6.0 Marshmallow Update
Share on Facebook
Tweet on Twitter
Deal Alert: 49% Off on ExpressVPN
Touted as #1 VPN in the world, ExpressVPN is now offering 49% off & an additional 3-months of service on its annual plans.

Though the flagships smartphones from the big brands like Samsung and Sony are still waiting for the Android 6.0 Marshmallow update, the Indian mobile brand Lava has already started the roll-out of latest Marshmallow update for its Pixel V1 smartphone. The quick move by Lava may please the customers to rely on domestic manufacturers.

The Lava Pixel V1 was released back in July, and presently runs on Android 5.1.1 Lollipop OS. The new Android 6.0 update will bring all the goodies of Marshmallow including Google Now Launcher, Doze, Individual App permissions, and enhanced performance. If you have not gone through yet, you can check all the key features of Android Marshmallow here. 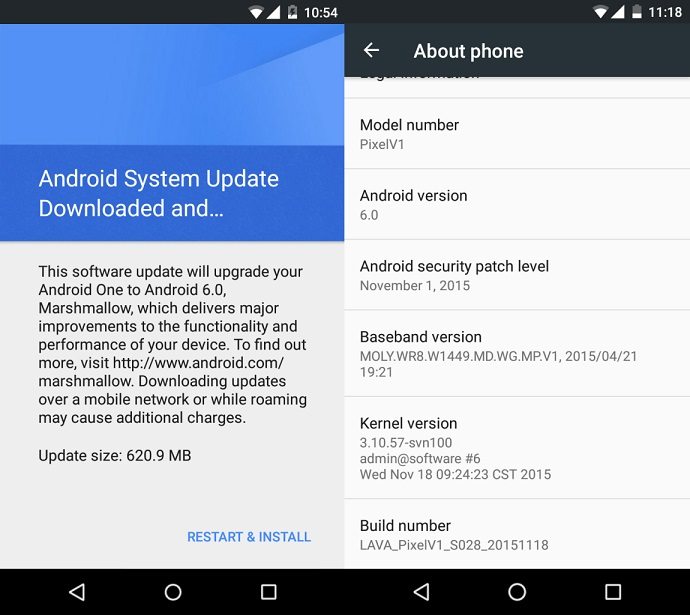 The latest software update is rolling out in the form of an OTA (over-the-air) upgrade, and might take several days to hit all the devices. If you have not received the update notification, you can manually check by heading to settings>>about phone>>software update.

For those who have already updated their Lava Pixel V1 with Android Marshmallow, do not forget to share you new experience in comments below.