Earlier this month, there were rumors that Indian company Lava might be working on Google’s next generation Android One 2.0 smartphone. Now in favour of rumors, a Lava Iris X5 4G has leaked online at benchmarking site, which is said to be Android One 2.0 handset. 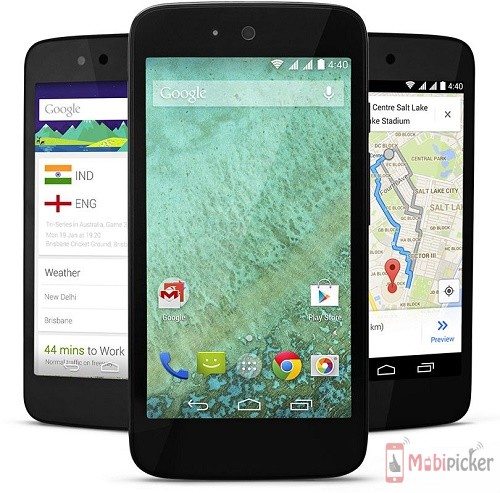 According to leaked specs at GFX Benchmark listing, the new smartphone will be powered by a MediaTek MT6735 chipset with 1.3GHz quad-core processor, coupled with 2GB of RAM. Equipped with a 4.6-inch display with 1280×720 pixels, it packs 16GB onboard storage, a 12-megapixel primary snapper, and a 7-megapixel front-facing shooter for selfie and video calling.

Needless to say, the phone will be running Android 5.1 out of the box, as all Android One smartphones get the priority for latest Android version, after Nexus smartphones.  Though the revealed specifications doesn’t mention about 4G LTE, the name of phone itself indicate the existence – Lava Iris X5 4G.

It is not known how much the phone will cost upon launch, but comparing its specifications with first generation smartphones, it should be priced nearly Rs. 12,000.