We must have said this at least a hundred times now, and even our readers will agree with us that no other messaging app can replace WhatsApp. It is true that we have got many worthy alternatives in the Play Store including LINE, Viber, WeChat, etc. But the original concept of modern internet messengers on smartphone was brought by WhatsApp, and the app has stayed true to its original avatar since its launch. 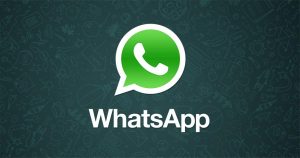 Regular updates have added more features and improvements to the WhatsApp APK, and one such update has been released today. The new update bring version number 2.12.448 with build number 450912. The WhatsApp 2.12.448 APK is 27.01 MB in size, which is a very insignificant increase in size as compared to the previous version. This new update runs on Android 2.1 and above.

As with most of such other updates, this new WhatsApp update brings no additional features or significant improvements, which can be said by the absence of a changelog. Anyway, there must be some reason for this release, and we expect some miscellaneous bug fixes and performance tweaks in the app. If you don’t mind getting no new features, it would be a good idea to get this update and perhaps make WhatsApp smoother.