At the 21st March event, Apple unveiled the new smaller iPad Pro, new Apple Watch bands, and a new 4-inch iPhone SE. Like we were expecting, the company said nothing about updating the MacBook lineup, but it is being said that we might see new 13″ and 15″ MacBooks in July. However, references to a 12-inch MacBook have been discovered today in the OS X Server app and Apple’s System Image Utility in the Mac. 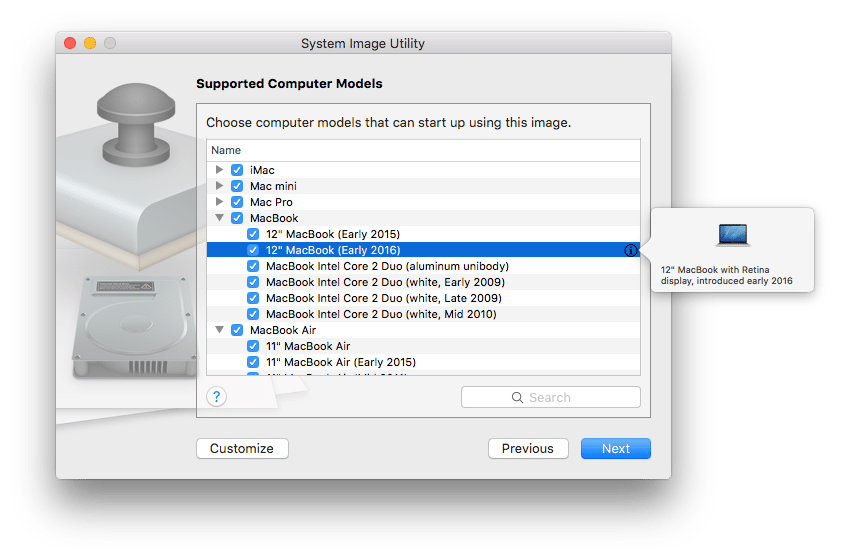 Users can use the System Image Utility tool for creating a Mac OS X image that can be installed on other systems. This expedites the system admin’s work when they have to install and configure multiple systems. There is an option in the tool that allows the user to limit the configured install image to select Mac models only. The 12” MacBook (Early 2016) was found in this models list. This model is presumably a successor to the last year’s model released in April. 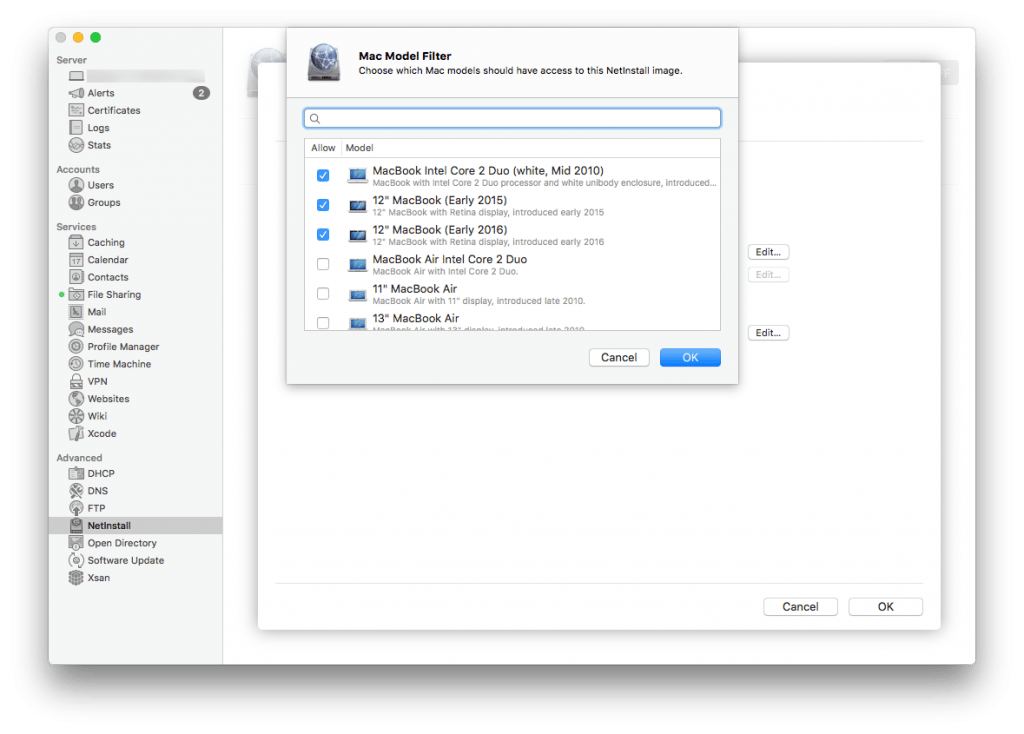 A similar-enough model filtering system was found in the OS X Server application in the NetInstall section. An administrator can configure an OS X Server for allowing networked clients to receive and install OS X images on the local network. Apple Retail Stores used this method some years ago for updating the customers’ computers.

It is being said that the faster MacBooks with Retina Display might debut at WWDC 2016, while the new MacBook Pros will come out in the later half of this year. Meanwhile, the processors that Apple will use in the new MacBooks have been discovered and are given below:

What do you think about these configurations?