No, this is not a typo, nor bogus. It seems that some new Geekbench results, which you can see below, could be of a new generation processor from Qualcomm. If you look at the single-core score, it feels unbelievable to see that one mobile chip has the same result (5265 points) as the Core i7-6700K, the latest beastly processor from Intel. i7-6700K is still better in multi-core performance, as it scored 19744 points, in comparison to 16132 points scored by the Galaxy S7 Edge. 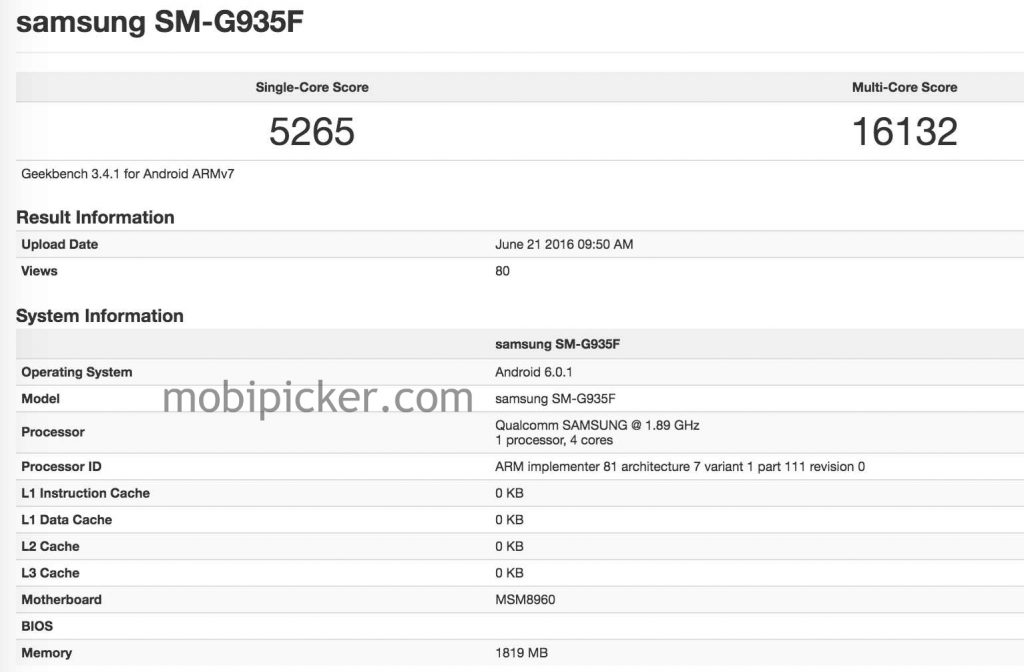 Although the model shown is clearly an S7 Edge (with a codename SM-G935F), there are some hints pointing to a conclusion that the model being used is actually a testing unit. First, the codename of the chipset is MSM8960, which is a name used for the old Snapdragon S4 chipset; this could also be a result of the bug in Geekbench. Secondly, cores are clocked at 1.89 GHz, while Kryo cores used in Snapdragon 820 powering S7 Edge are clocked at 2.2GHz. 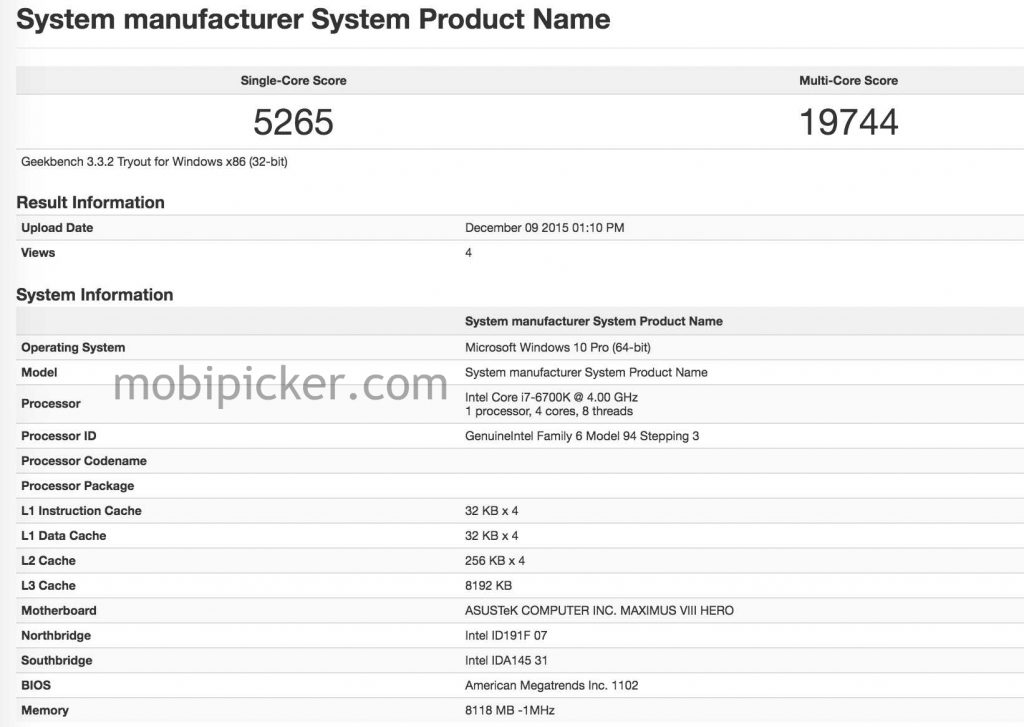 We know that Kryo II cores, which will be used in the next flagship chipset from Qualcomm, should be clocked at 1.7GHz, but will deliver increased computational outputs since they will feature more transistors. Maybe this particular Galaxy S7 Edge used for benchmarking packs overclocked Kryo II cores. Each Kryo II core will offer 1.7 times higher score in Geekbench in comparison to Kryo I cores featured in Snapdragon 820, meaning that total score should be 3.5 times better than 820 has.

It seems that upcoming Snapdragon 830 will be a real beast if this is true and if the testing unit actually packs a CPU with Kryo II cores. Nevertheless, we are getting close to a time where mobile and desktop CPUs offer similar computational power.