Xiaomi has announced that it has sold over 2.3 Million Redmi Note 3 Units in India since it launched. Xiaomi Redmi Note 3 is officially the best selling online smartphone ever; the company has sold 1 Redmi Note 3 every 7 seconds. The Redmi Note 3 was launched in India back in March for Rs. 9,999 and was available at Mi.com and Amazon.in via flash sales, but it later went on for sale at Flipkart and Snapdeal as well through the open sale. 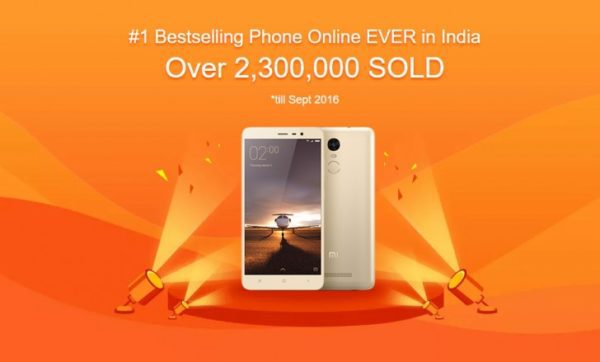 The Xiaomi Redmi Note 3 is still considered as one of the best smartphones in the country. The device sports a 5.5-inches 1080p display and is powered by the Qualcomm Snapdragon 650 SoC coupled with 2GB RAM and an another model with 3GB RAM. To celebrate the success, the company is running a contest starting from September 26th till 29, 2016 that lets you win coupons up to Rs. 100 or Redmi Note 3 smartphone itself if your win by playing the game.

Xiaomi Redmi Note 3 Specifications: The Xiaomi Redmi Note 3 sports a 5.5-inches Full HD (1920 X 1080) IPS display and is powered by the Qualcomm Snapdragon 650 SoC clocked at 1.8GHz Hexa-Core processor with Adreno 510 GPU. It packs 2GB RAM with 16GB storage and an another variant with 3GB RAM and 32GB storage with a microSD card slot for memory expansion. It runs on Android 5.1 Lollipop with MIUI 7 on top. 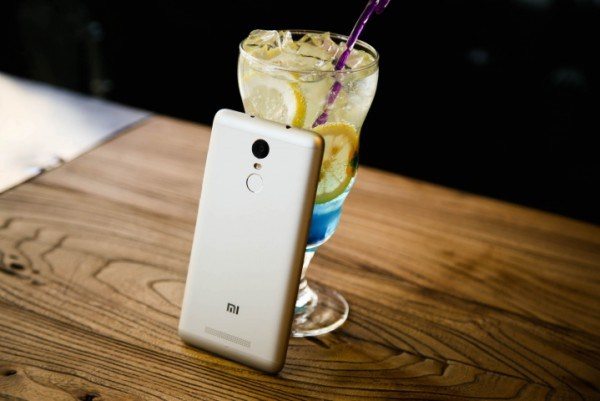 In the camera department, it features a 16-megapixel rear camera with dual-tone LED flash, Phase Detection Auto Focus (PDAF) and f/2.0 aperture. On the front, there is a 5-megapixel front-facing camera with f/2.0 aperture for selfies and video chats. It comes with a fingerprint sensor for extra and better security. Connectivity features include 4G VoLTE, Hybrid Dual SIM, WiFi 802.11b/g/n, Bluetooth 4.1 and GPS. A massive 4000mAh non-removable battery under the hood with Qualcomm quick charge 1.0 on board.