Kristen Stewart and Stella Maxwell relationship is rumored to be in trouble after the news that the “Twilight” actress is still connected with her ex-girlfriend Alicia Cargile broke out. Chances are that she is just friends with her, but the past cheating record of Stewart has made the fans suspicious. Check out!

According to Unreality TV, Kristen Stewart is yet again alleged to be involved in a cheating scandal. As fans are aware the 27-year-old actress is currently in a steady relationship with supermodel Stella Maxwell and both have been rumored to be planning to move in together.

The source says that the actress is very much happy with Stella Maxwell and loves to spend time with her. But even then, she has not completely disconnected herself from Alicia who happens to be her ex-girlfriend. Last year, Stewart and Cargile were engaged in an on and off affair. In between the actress even dated a French singer, SoKo. 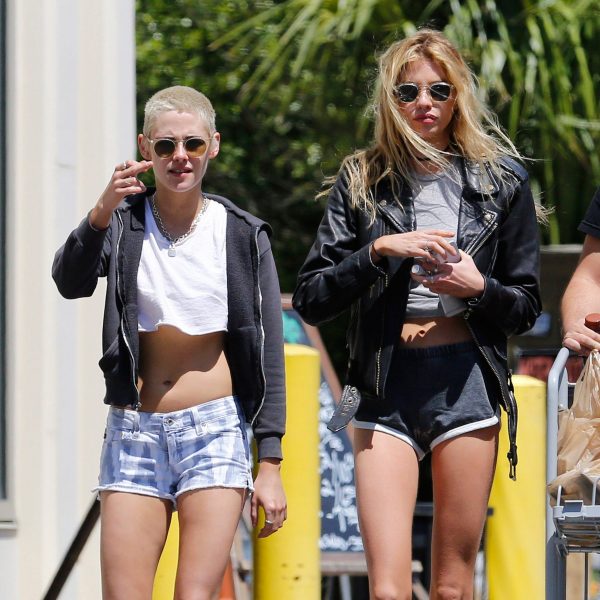 Kristen Stewart in the past cheated on Rob Pattinson, her boyfriend, and co-star of “Twilight.” She was involved with her “Snow White And Huntsman” director Rupert Sanders who incidentally was a married man. Although the “Personal Shopper” actress apologized publicly for the scandal to Rob Pattinson, the affair did not last long and they separated thereafter.

Now that she is dating Stella Maxwell and both seem to be quite serious about each other, the news about her connection with Cargile may or may not disturb her equation with her current girlfriend.

Kristen Stewart And Stella Maxwell May Move In Together

Recently the couple was spotted prancing along the California celebrity enclave with Stewart attracting attention with her denim shorts, reports Daily Mail. Both looked quite comfortable in each other’s company.

According to the source, Kristen Stewart and Stella Maxwell may start living in together as Victoria’s Secret model is already spending most of the time at Los Feliz home of “Twilight actress.