Konosuba season 1 ended in March 2016 and since then, fans have been eagerly waiting for the next season to arrive. The interesting story line of the series is the very reason why fans are craving for more. However, now, Konosuba’s fans will be happy to know that the next season of the series will release this month.

All the previous cast from season 1 will return for Konosuba season 2. Ryōta Ōsaka is going to voice the main protagonist of the series, Kazuma Satō. Aqua, Megumin, and Darkness are going to be voiced by Kaori Fukuhara, Maaya Uchida and Marina Inoue respectively. Kōsuke Toriumi is going to voice Kyōya Mitsurugi, who has a strong sense of Justice and possess the magic sword “Gram”. 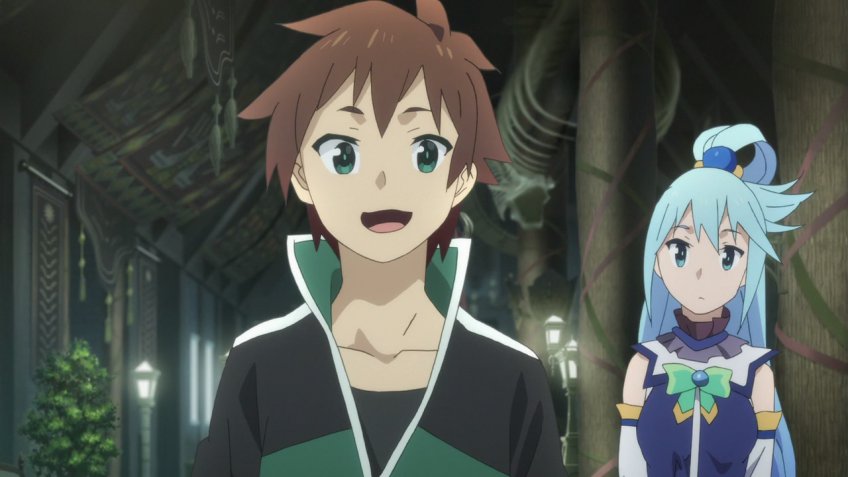 Konosuba season 2 is going to air on Tokyo MX. It will also air on other networks including Sun TV, TV Q Kyūshū, Gifu Broadcasting, Mie TV, Teletama, Chiba TV, tvk, and BS11. The first season of the series was also aired on these networks. However, thanks to Crunchyroll, fans from all over the world were able to enjoy it. They will most probably stream season 2 too while it airs in Japan.

Konosuba season 1 featured 10 episodes, which aired from January 13, 2016, until March 16, 2016, periodically throughout the time period. The first season of the series was a big success, which is the very reason why the studio behind the series renewed it for another season.