Records are meant to be broken and world renowned overclockeing legend Kingpin (who often uses EVGA’s graphic cards to carry out his overclocking activities) has managed to break a world record, this time in the DX12 3DMark Time Spy benchmarking tests. If you look in the images below, the new world record is a total score of 9,973 points and we will be breaking down the results for you as to how Kingpin was able to break it.

It always takes better hardware to achieve a new world record, and Kingpin relied on his GTX 1080 Classified edition to help him reach that milestone. The EVGA Classified edition of GPUs allow overclockers to massively tweak the GPU in order to achieve more frames in benchmarks, so they are not exactly targeted to regular gamers. The graphics card was overclocked to a massive 2594MHz on the GPU clock speed, which is one of the primary reasons why the score was achieved in the first place. 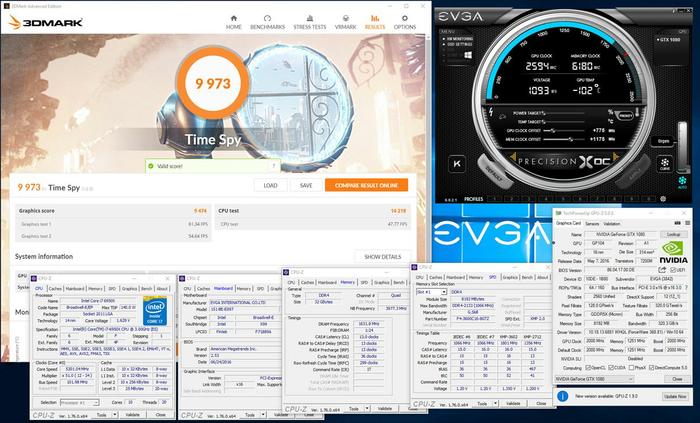 However, the other hardware that was used in order to achieve the new record was the Broadwell-E i7-6950X, running at an overclocked speed of 5.2GHz. Additionally, the other components that were there to provide stability were 32GB of G.Skill RAM configured in a quad-channel mode. It has not been specified in detail if Kingpin resorted to using just air cooling or extreme measures such as liquid nitrogen, but since there is no mention of this, we will stick to our gut and believe that just air cooling was used. 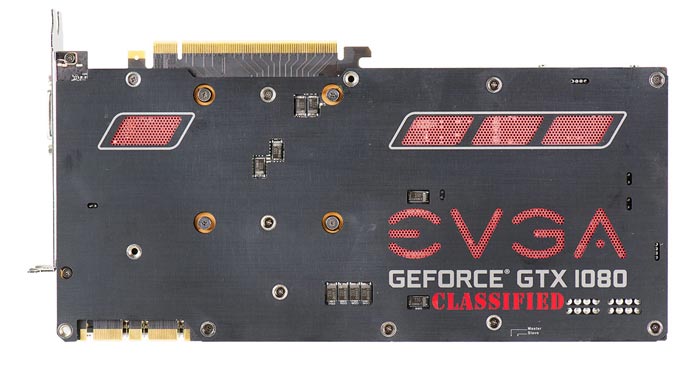 The GeForce GTX 1080 Classified employs an improve phase VRM design for the GPU and memory chips for better and stable overclocks. However, the GPU also costs a lot of money, but once again, it is targeted to serious overclockers.