Killing Floor 2 is making it’s a way to the PS4 and the Open Beta launched recently and now the game has officially gone gold. Tripwire has already stated that the PS4 version will be released after the PC version is no longer in early access. Also, this build does not have the gunslinger perk, which was added on the PC back in December.

Killing Floor 2 has gone gold on the PS4

The screen tearing’s really noticeable and was pointed out by a lot of players. But then again, DOOM (2016) suffered from heavy screen tearing on launch (which was patched out pretty early, though). So, here’s hoping that they’ll get that fixed for the launch because the gameplay itself doesn’t look all that bad, to be honest.

The game will probably run at 30. The PS4 can’t even handle Verdun at more than 20fps most of the time. It has no chance with killing floor 2. The new PS4 Pro, though, should be able to run it at a steady framerate with no problems.

This game is easily worth more than $15. With its slick gameplay, realistic reload animations, kickass animations for other things, the gore (oh trust us, it gets messy), the amazing graphic fidelity, and just everything keeps you coming back for hours on end. Not worth full price ($60) but the price it is at is perfect. Core gameplay mechanics now include a skill tree, a new progression system, sprinting (a little), character customization, different perks, new bosses (though admittedly we have yet to see the Matriarch), a few new characters, new weapons and a dedicated melee button.

To pre-order the game on the PS4, you can go to Gamestop (for the physical release) and you can pre-order the digital version on the PlayStation Network Store. Stay tuned to MobiPicker. 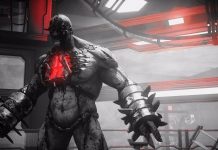