Katy Perry has thousands of fans across the world who love her singing, her personality and of course her style. But there are those who have been close to her and despite separation still find it difficult to forget her. Her ex-husband Russell Brand recently could not help but speak warmly about her.

On the other hand, her ex-boyfriend Orlando Bloom seems to still hold a soft corner for the “Rise” singer. Katy Perry and the British actor announced that they were taking love space from each other just a month ago.

Although the 41-year-old comedian feels far from romantic towards his ex-wife, he does remember her with fondness. Incidentally, the “Chained to the Rhythm” star came to know of her ex-husband’s decision to divorce her through a text which was quite hurtful. The ex-couple divorced in December 2011 and ever since then have moved on with their respective lives.

Recently the “Finding Sarah Marshall” star revealed that he has come long from that experience and even now feel very warm towards Katy Perry, reports You. He said that whenever he hears about the 32-year-old pop star he thinks that yes that is the person in the world.

At present, Russell Brand is happy with fiancée Laura Gallacher with whom he also shares a daughter, Mabel. But it indicates that the magic of Katy Perry still haunts him sometimes.

Although it seems that Orlando Bloom has now moved on from his shocking split with the singer, certain things still make him remember of his ex-girlfriend. Recently the 40-year-old actor was pictured going to the Nobu restaurant in Malibu along with a furry creature, reports Daily Mail.

The creature happens to be the pet pooch of the pop songstress. The actor adoringly carried the pet as he headed towards the upscale eatery. He even posted several pictures of the pooch of Katy Perry. Is this an indication that he is by any chance still missing is ex-lady love? 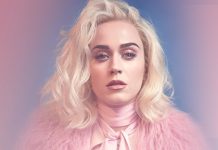