India-based smartphone brand Karbonn quietly released a new smartphone dubbed as Karbonn Titanium Moghul. Priced at Rs. 5,790, the new phone runs Android 4.4 KitKat when most users nowadays are looking for Android 6.0 Marshmallow. Also, there is no info whether or not the phone will be updated to Android 5.0 Lollipop at a later stage. 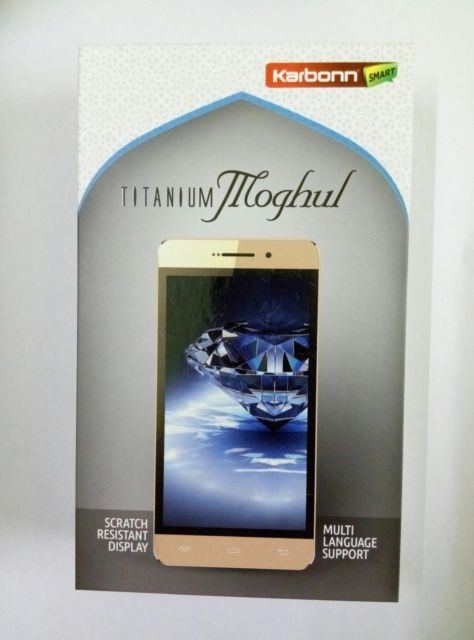 Equipped with a 5-inch HD IPS display, the Karbonn Moghul features 1 gig of RAM along with 8GB of built in memory, which can be expanded up to 32GB using a microSD card. Under the hood is a quad-core 1.2GHz processor with an unknown chipset. Photography enthusiasts get an 8-megapixel primary shooter along with a 3.2-megapixel selfie camera. The rear camera also includes a LED flash for taking photographs in the dark conditions.

Going by the full specifications of the Karbonn Titanium Moghul, the phone doesn’t seem to stand out in the budget smartphones segment, especially when customers have much better options such as Gionee Pioneer P3S, Micromax Canvas Xpress 2, and Swipe Elite.