MobiPicker
News Karbonn Titanium Dazzle with Smart Eye launched for INR 5,490
Share on Facebook
Tweet on Twitter
Deal Alert: 49% Off on ExpressVPN
Touted as #1 VPN in the world, ExpressVPN is now offering 49% off & an additional 3-months of service on its annual plans.

The Indian company Karbonn has added one more budget-phone to its Titanium lineup with a price tag of INR 5,490 ($88). Dubbed Titanium Dazzle, the smartphone supports dual SIM functionality, and comes in black, and white golden colors. 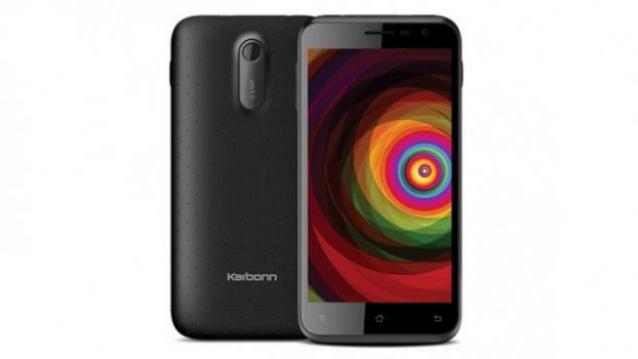 The handset sports a 5.0 inch IPS touchscreen with 854×480 pixels resolution, and is powered by a quad core SoC with 1.2GHz processor. It packs 1 GB of RAM, 8 GB on-board memory, which can be expanded up to 32 GB via microSD card.  The Titanium Dazzle runs Android 4.4 KitKat, and packs a 1,850 mAh battery.

In terms of camera, The device features a 5 megapixel rear camera with LED flash, and a 2 megapixel front facing camera.

The budget-friendly apparatus comes Gesture enabled with features – Smart Eye and Swipe. The Smart Eye monitors the eye movement of user and pause videos automatically, when you look away from the display. and Swipe allows you to change song tracks by swiping your hand across the screen.