Karbonn today launched several smartphones including two feature phones, in India. We recently reported about the Alfa A93 Pop, and now here is the another smartphone, dubbed as Karbonn Alfa A91 Power. Priced at Rs. 3,290, the phone comes in White colour  with entry-level specs.

In terms of specifications, the Karbonn Alfa A91 Power sports a 4-inch display with a resolution of 800 x 480 pixels, and is powered by a 1GHz single-core processor with an unknown SoC. It packs meagre 256MB of RAM along with 512MB of onboard storage, which is further expandable up to 32GB via microSD card. A 2,000mAh juicer keeps the phone running. 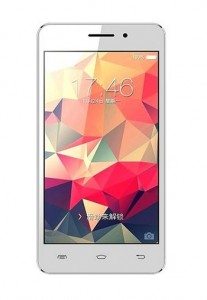 In the similar price segment, the phone will compete with the YU Yunique and Lenovo A2010 smartphones, which comes with 4G LTE connectivity option, and are priced at Rs. 4,999.