Kaby Lake Xeon E3-1200 V6 series are all quad-core packages and one difference compared to the previous versions is that these chips feature power-saving metrics, which is a useful advantage when you want to lower the overheads of a small business that’s dependent on these processors. The TDP of these processors have also been reduced compared to the previous family, but only by a small amount. Where the processor from the V5 series possessed a TDP of 80 watts, the highest TDP value that you will find here is 78 watts. 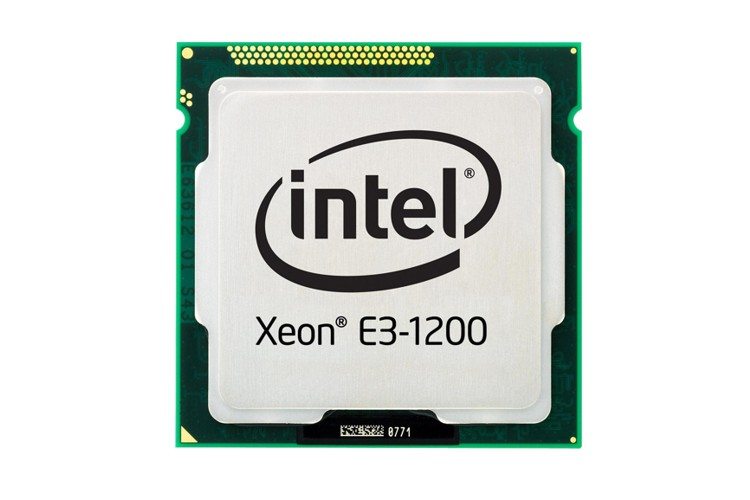 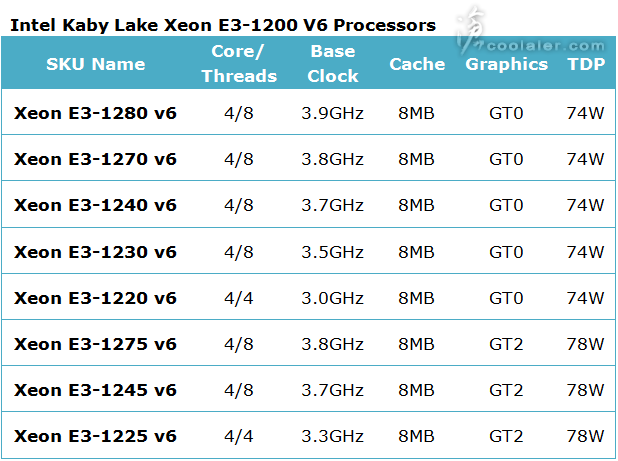 With such a high clock speed coupled with the fact that the Kaby Lake i7-7700K comes with an unlocked multiplier, overclocking on air cooling is going to be extremely simple when you want to achieve a stable overclock of 5GHz without increasing the voltage. It’s also possible that by increasing the Vcore setting through the motherboard’s BIOS, you will be able to achieve a stable overclock of 6GHz on air cooling.

While we have yet to know the full extent of the Xeon chips’ features, higher clock speed doesn’t always equal a better processor, and the Kaby Lake Xeon E3-1200 V6 series is sure to point them out.