MobiPicker
News Jumper EZpad 5s 2-in-1 Tablet PC With Keyboard Attachment Available for $239
Share on Facebook
Tweet on Twitter
Deal Alert: 49% Off on ExpressVPN
Touted as #1 VPN in the world, ExpressVPN is now offering 49% off & an additional 3-months of service on its annual plans.

We have been telling you about budget tablets lately, and you would have noticed that there are very good 2-in-1 tablet PCs available for very low prices. Well, we have come across another such great device that offers the best specs that your money can buy.

We are talking about the Jumper EZpad 5s here, which is not a device from a popular company. But the flagship specs it offers is more than value-for-money. The tablet runs on Windows 10 and is powered by a 1.84GHz quad-core Intel Cherry Trail Z8300 64bit processor. It has got 4GB of RAM and 64GB eMMC storage (expandable), which is something you won’t find in the sub-$300 segment easily. 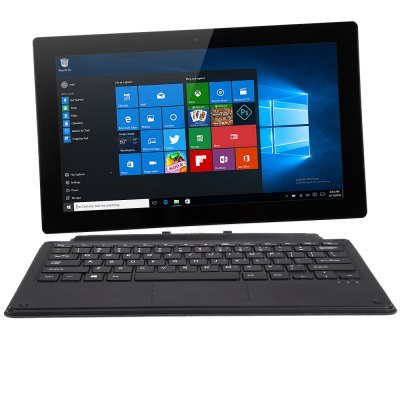 Images and videos come to life on the 11.6-inch IPS display with 1920 x 1080 resolution, which is an impressive and very clear screen. You can even watch your content on your TV by using the HDMI port. There’s a 5MP/2MP camera setup too, so occasional photography can be done easily. The stereo speakers provide good audio output, and the 8500mAh battery makes sure that you don’t run out of battery easily.

The Jumper EZpad 5s looks premium and costs $239.58! Of course, you won’t believe this price tag if you see and use the tablet. So yes, it’s a deal that does not come by easily. The EZpad 5s flagship tablet is on sale now on GearBest, so grab one before the stocks run out.