Derick Dillard and his wife Jill Duggar, the American television personality known for her appearances on Discovery Health channel and TLC, were in the news recently after a controversy erupted over Derick Dillard’s tweet. Derick Dillard reportedly posted a tweet about the still-born Jubilee Duggar resembling Jill Duggar’s feet with the hashtag #prolife. Several fans found it inappropriate that Derick Dillard was using an unfortunate incident to preach his stance on pro-life. Fans took to twitter to comment nasty things.

And the Duggar family is in the news again this week. It looks like Jill Duggar is pregnant with twins. Jim Bob and Michelle shared a link on the Duggar Family Official Facebook page and dropped a hint that Jill might be pregnant with twins. “We were excited to congratulate Jill & Derick in person on their exciting news and we even talked about what it would be like to go from 1 to 3 kids all at once, like we did!” they wrote. Counting On third season teaser clip also hints at her being pregnant with twins. But fans are having a hard time joining them for celebrations because of the way Derick Dillard is behaving online. 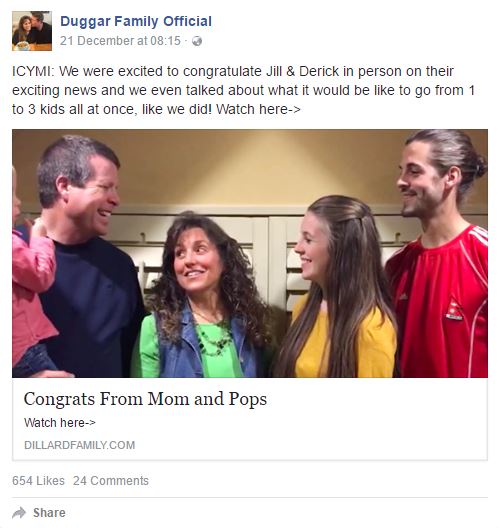 Critics and fans have begun to express their views about Dillard’s online behavior. They believe Dillard is beginning to act a lot like Josh, Jill’s elder brother, apparently referencing to his social media controversy about abortion. Josh and Anna Duggar had shared several anti-abortion memes on social media. Like Dillard, they had preached their pro-life stance. The reason fans are comparing Dillard’s behavior to Josh’s is because Duggar shared a post on Instagram with photos of Jubilee’s little feet and hands. The pic was apparently taken at 18 weeks gestation. Jubilee Duggar was a still-born and Derick has been condemned for two main reasons – for using the photos of Jubilee Duggar to preach his views and for comparing the child’s feet to his wife’s. One of the twitter comments read – “What does pro-life have to do with miscarriage? Why use [this] to push your agenda? #lifeisnotanagenda #staahpalready.”

Well, it looks like Derick Dillard has an uncanny way of getting into the spotlight with controversies. 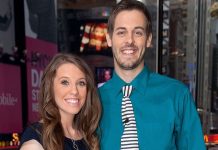 Derick Dillard And Jill Duggar In A Controversy; Get Condemned For Using Jubilee Duggar’s Photos For Publicity