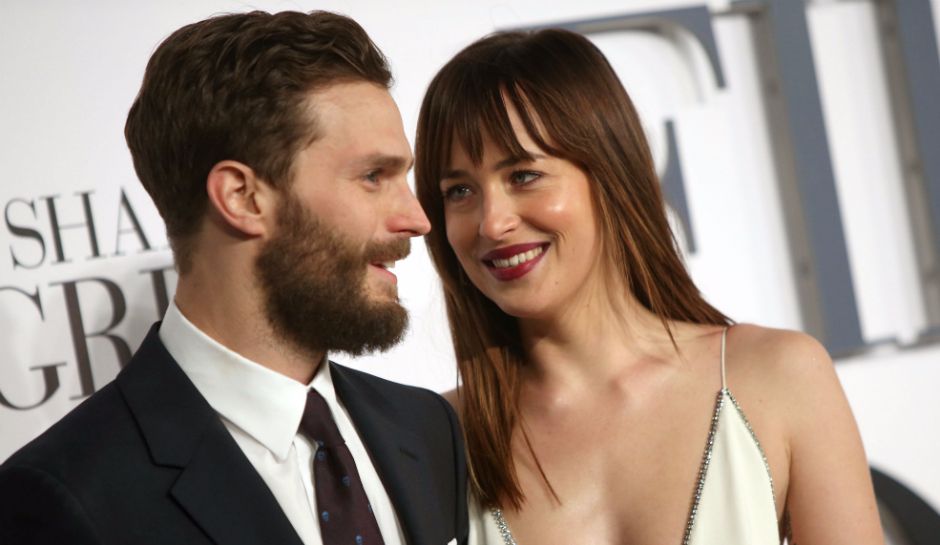 A new report released by Blasting News claims that there could be an end of on-screen romance between Jamie Dornan and Dakota Johnson after they finish filming of the upcoming sequel, ‘Fifty Shades Freed’ that is expected to hit the big screens on February 9, 2018.

It is also said that the era of ‘Fifty Shades’ is gradually coming to an end after it is being revealed that Jamie Dornan has started working for an HBO television film named ‘My Dinner with Hervé’ and Peter Dinklage will be his costar. Hence, the release of ‘Fifty Shades Freed’ may be the end of onscreen romance between Jamie Dornan and Dakota Johnson and no one knows when they will work together again.

On the other hand, the Hollywood’s one of the most romantic pair, Jamie Dornan and Amelia Warner are not being able to be free from divorce rumor. The buzz is constantly generated related to the alleged relationship between the 35-year ‘Anthropoid’ actor and Dakota Johnson. According to Hall of Fame Magazine, Amelia earlier dated Colin Farrell for around a year and there a speculation still exists that they married each other secretly in 2001. However, later ‘The Echo’ actress said to the media that the marriage was never legal. She also clarified that it was just a thing that both of them did on holiday and again was never a ‘secret wedding.’