Jamie Dornan and Dakota Johnson affair rumors triggered off ever since they worked in “Fifty Shades of Grey.” Despite the fact that the onscreen couple has now wrapped the shooting for the “Fifty Shades” franchise the rumors continue to circulate thereby affecting the wife of Dornan, Amelia Warner.

The chemistry between Jamie Dornan and Dakota Johnson in the recently released “Fifty Shades Darker” was simply sizzling which made the fans believe that the onscreen couple is having a fling in real life. According to Blasting News, viewers are almost confirmed that the two are seeing each other. And this has made Amelia Warner unhappy.

During the shooting of the flick, both Dornan and Johnson had to shoot some intimate and nude scenes which can certainly make anyone uncomfortable. But just because it was the demand of the script both the stars complied. But to shoot those sexy scenes they needed a bonding of friendship to develop so that both looked comfortable shooting it. 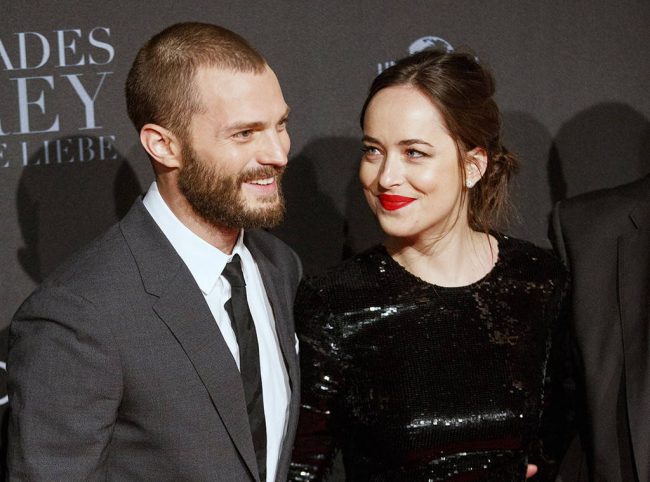 According to the source, recently the Irish actor admitted that he has a strong friendship bonding with his “Fifty Shades Darker” co-star. The father-of-two said that Johnson understands him well and that he likes her as a friend. Trust developed between the two while shooting the romantic and intimate scenes for the movie, reports Hall of Fame.

And Amelia Warner knows how things stand between Jamie Dornan and Dakota Johnson and trust her husband completely.