We can’t travel through time at the moment and probably won’t be able to do that, at least in the foreseeable future. On the other hand, the light sent towards us from distant stars and galaxies is like looking at the past, looking at what happened tens, hundreds, millions, even billions of years ago back when the light from distant galaxies started traveling towards our part of the universe. The soon to be launched James Webb Space Telescope will give us insight into earliest moments of our universe, back when galaxies just started to form. 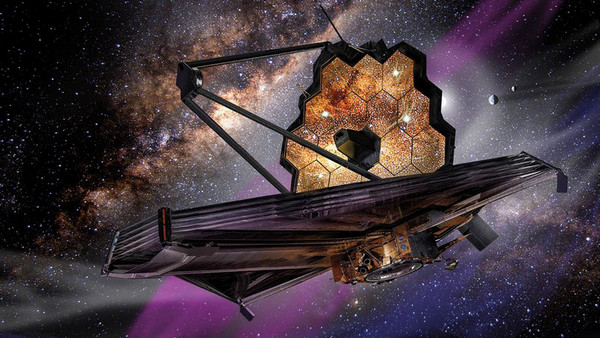 James Webb Space Telescope is the next-gen infrared space telescope, built in order to replace the decades old Hubble space telescope, and it should give scientists data needed for us to understand the formation of the earliest galaxies.

James Webb Space Telescope was under construction for two decades, and now it is almost ready to launch into space and become our lens to the past.

The giant telescope is made out of 18 connected mirrors, is around the same size as a tennis court, and is huge compared to the Hubble’s primary mirror. Since it collects IR light cosmic dust won’t be able to block its view. With it, astrophysicists will be able to take a look at the formation of early stars, which were formed more than 12 million years ago. 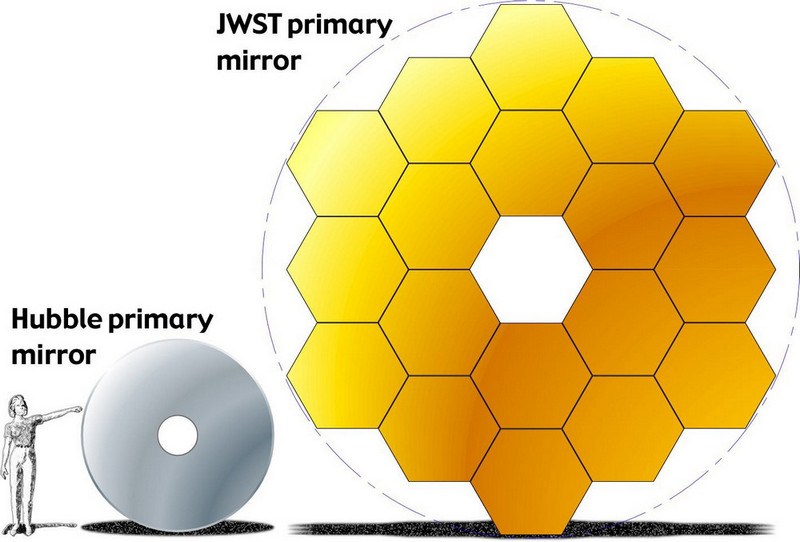 NASA stated that “We’re essentially seeing these objects as they were when the light first left them 13.6 billion years ago.” With the JWST will be granted a view of the past like never before, giving an insider look at the formation of the oldest stars and galaxies, and in turn making us understand how our own galaxy was formed.

The JWST should launch in October 2018, from French Guiana, boarded onto Ariane 5 rocket. Since it’s huge, the telescope will have to be folded while in the rocket and will become fully operational six months after it reaches space.