You must have heard Niantic banning Pokemon Go trainers who used third-party apps for tracking Pokemon or even calculating their IV. Still, there are Pokemon Go players who haven’t got the idea what IV stats actually means and how it works. In this post, we will tell you what is this IV in Pokemon and why it matters. 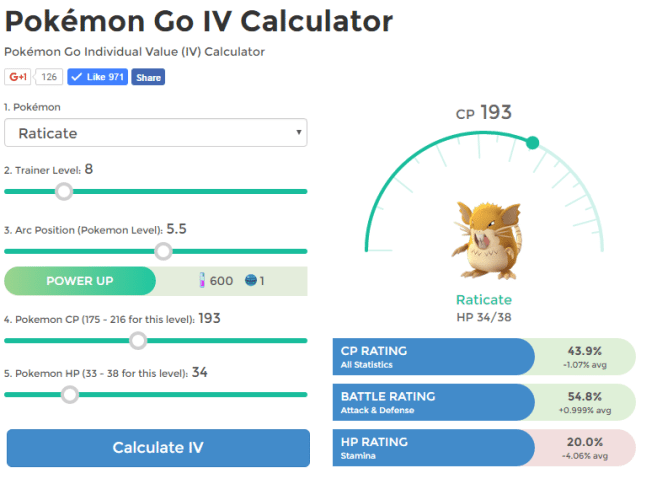 The “IV” in Pokemon Go stands for individual attributes: a set of stats making each Pokemon unique, just like genes for Pokemon. All Pokemon, even of same species are “individuals” because of their IV. Every Pokemon starts out with base values for Stamina, Attack and Defense. Each of these values can be increased from 0 to 15 by a Pokemon’s individual IV. According to Poke Assistants, IVs can’t be changed; Pokemon are born with these traits.

Pokemon Go Trainers can make use of IV calculators for finding the hidden IV values of each of their individual Pokemon. It’s highly useful for those wanting the best possible Pokemon. Using the IV estimates, players can determine which Pokemon they want to evolve and which they want to transfer.

Different combinations of IVs attribute to each Pokemon’s stats so the IV calculators are an exact science. This means when you level up a Pokemon or evolve it, you can narrow down the possible IVs while using a calculator.

The reason behind creating IV numbers was to give these creatures life like feel rather than just tools in a game.

On being asked Why they kept IV stats hidden, Ohmori said:

To learn more about IV calculators, read how to calculate IV without getting banned.